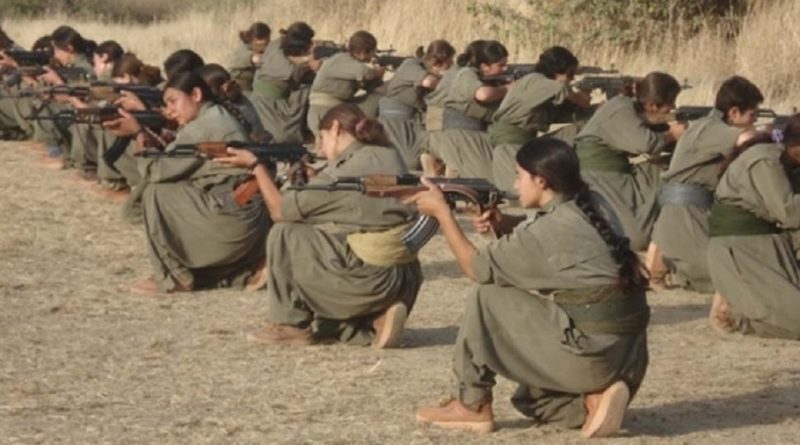 According to the statement, guerrillas targeted the soldiers deployed on Martyr Colomerg hill in Hakkari’s Çukurca district at 11:00 on October 7, which left 7 soldiers dead. 1 other soldier was killed in a targeted action of guerrillas on Havan hill.

HPG reported that heavy clashes took place between guerrillas and Turkish troops in Koordine hill, Qela Petrot and Qela Bêdê areas from 21:00 yesterday evening to early morning hours today. While fighting in the area continues, detailed information will be shared with the public once available.

At 13:30 on October 7, guerrillas seized the car of Erdal Güngör who has been transporting supplies to Turkish outposts in Xanesorê village in Van’s Başkale district. Güngör was warned for the last time and released.

Turkish army launched an operation in Karabilya, Ingani, Aşkita and Karaxpula villages of Başkale on October 5. During the same day, guerrillas carried out an action targeting a Turkish military unit operating around Karabilya village, which left 2 emplacements destroyed, 3 soldiers dead and 2 others wounded.

The troops around Aşkita village were taken under control by guerrillas at 11:00 and clashes that erupted afterwards lasted till 16:00 in the afternoon. 5 soldiers were killed in the fighting in this area and 1 guerrilla fell a martyr. The operation was retreated without yielding any results at 07:00 this morning.

HPG noted that the actions conducted in this territory were dedicated to the guerrillas who fell in Faraşin region.

On October 6, YJA Star guerrillas hit the soldiers partaking in the Faraşin operation as they headed from Van to its Gürpınar district. A sabotage action by guerrillas left an armored vehicle damaged, 1 soldier dead and 2 others wounded.

Clash erupted between soldiers and a guerrilla unit that was on its way to Kırê Tutekê terrain of Ağrı’s Tendürek area for a mission at 14:30 on October 6. Another guerrilla unit intervened the clashes area and hit the Turkish unit effectively, as a result of which 8 soldiers were killed.

Another Turkish unit consisting of 20 soldiers attempted to intervene the scene but was hindered and hit by guerrillas at close range. At least 5 soldiers were killed and many others were wounded in this area. An armored vehicle that also attempted for an intervention was similarly hit and damaged.

During the evening hours, two helicopters bombarded the scene of clashes and started a fire in the area.

Two guerrillas by the names of Şerzan and Argeş were martyred during the clashes and their ID details will be announced later.

Guerrillas carried out an action targeting the Karakuzu outpost in Urfa’s Viranşehir district at 22:00 on October 4. Guerrillas hit the soldiers performing road control near the outpost and clashes erupted afterwards, during which 2 JÖH (gendarme special operations) members were killed. The operation started by Turkish army in the wake of the action still continues.