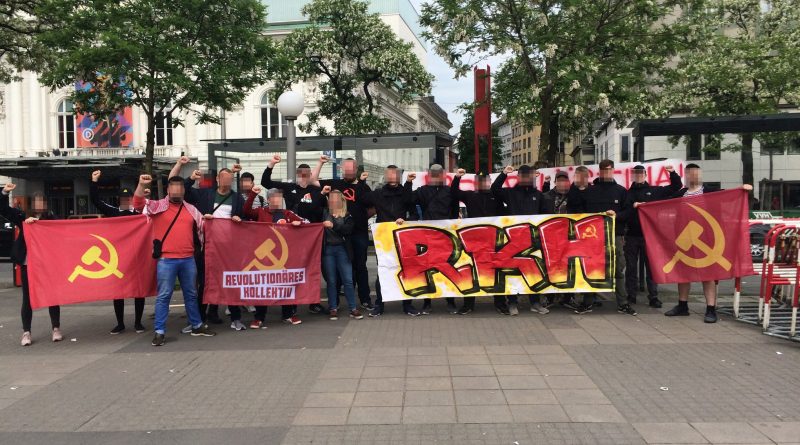 Yesterday our comrades from northern Germany organized a Demonstration in solidarity with the struggling people of Palestine. The reason for the occasion was the latest massacre committed by zionist soldiers against palestinian protestors. In only one day, the colonial state and it’s snipers murdered 60 palestinian protestors and injured about 3000 more. The hospitals are crowded without one injured IDF- soldier. It was a bloody massacre of an unjust regime in duty of imperialism. That’s what their democracy really is! Also children were murdered there, and also cadres of the progressive, anti-imperialist Popular Front for the Liberation of Palestine (PFLP). We condemn this shameful massacre that shows us again, that we are fighting on the right side, on the side of the oppressed people of this world. We publish here a report of the Revolutionäre Kollektiv Flensburg about the demonstration in Hamburg:

Freedom for Palestine – end the occupation! 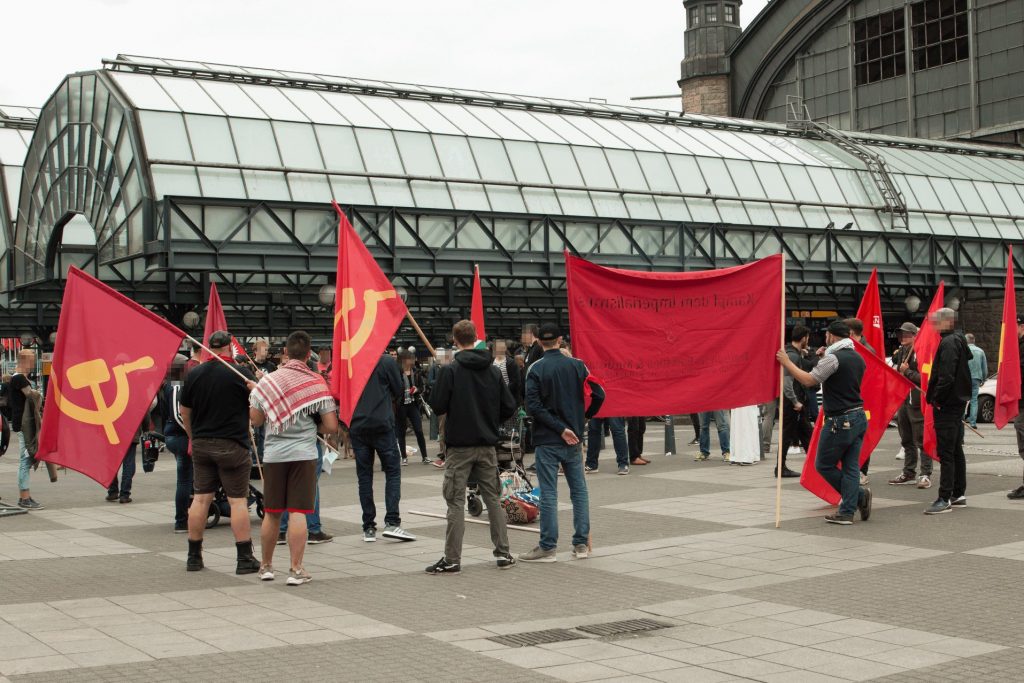 With this demonstration we wanted to break the silence about the latest incidents and to inform the public in Germany about the oppression of the palestinian people.

We are quite satisfied with the result of the demonstration: about 80 protestors gathered together at the Hachmannplatz at Hamburg central station. Also through local conditions we were able to reach other people, who listened to the speeches and wanted to talk to us.

Speeches were held by the Gruppe Arbeitermacht (GAM), the Jugendwiderstand and by us (Revolutionäres Kollektiv Flensburg). Also we read greetings from the Revolutionäre Aktion Bochum and the JugendarbeiterInnenbund from Münster. Thank you for your militant greetings!

We firmly stand on the side of the oppressed, exploited and expelled people of Palestine!

Stand  against the violence of the imperialists! It’s our duty to break the monotonous coverage here in Germany, to draw attention on the inhuman situation of the palestinians and to support the resisting people in their fight against imperialism!
Every solidarity applies to you!

We thank everybody, who supported the demonstration!
Long live the international solidarity!