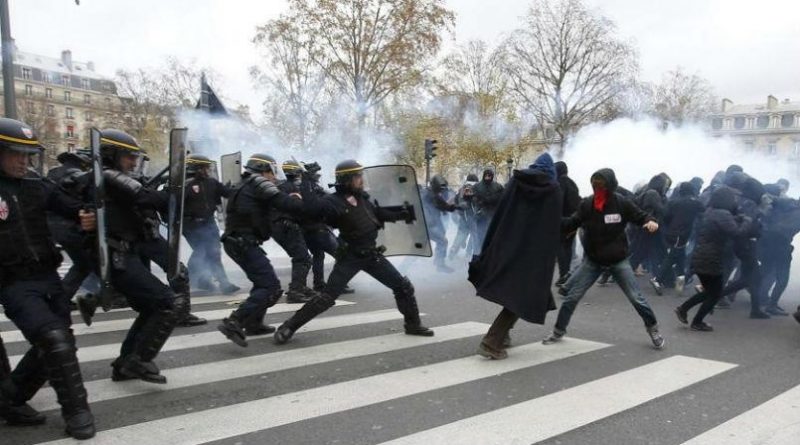 We have already said it and the facts prove us right, the State of Emergency is not against “terrorism” but against all who oppose the capitalist state.

Protests are still banned in Ile-de-France, the government is already talking of extending the State of Emergency voted by parliamentarians from Front de Gauche to Front National, several dozen activists are under house arrest because of the State of Emergency, squats have been evicted by force, cops spit “there are no more laws”, …

This afternoon, the second time, the State of Emergency was braved in Paris. This time by several thousand people. The cops did their dirty work and suppressed the banned demonstration. These are officially 341 arrests and 317 in police custody. Cazeneuve promised “extreme firmness”.

We call for solidarity with all arrested and held in custody!

Continue to defy the State of Emergency which is only a tool to muzzle dissent! 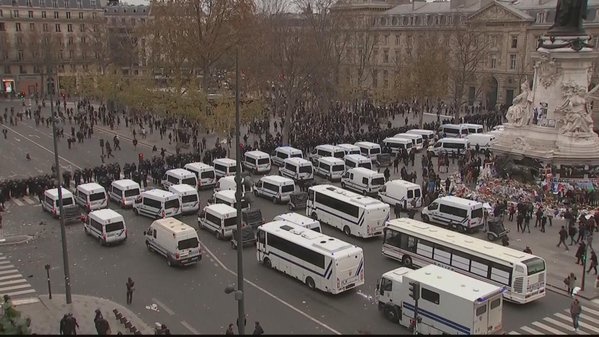 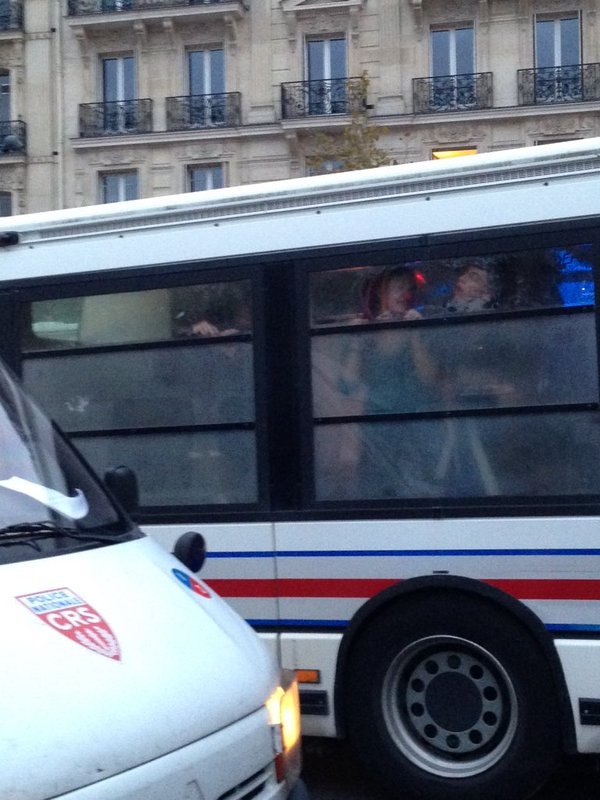