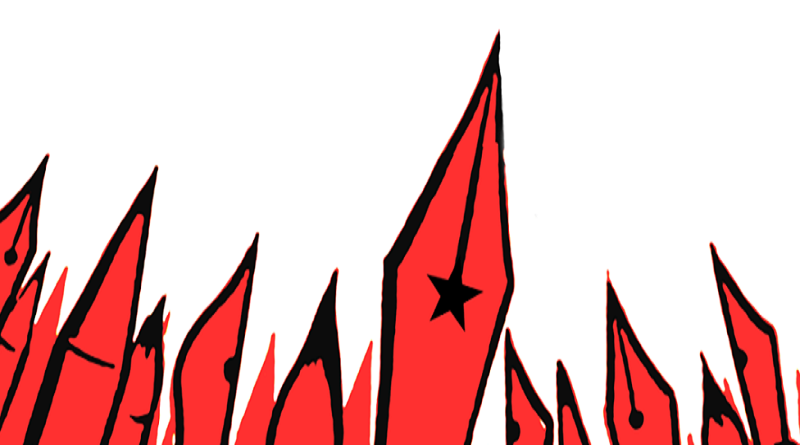 These points of unity serve as a guide to our political work. We believe all progressive people should stand behind them.

WE SUPPORT THE STRUGGLES OF ALL WORKERS AGAINST CAPITALISM

Capitalism is an exploitative system where the ruling class profits off of the working class. The working class forms the vast majority of society and produces all of its wealth. Capitalism has only benefitted a small elite, but has failed the masses. For most people, life under capitalism means poverty, wage-slavery, debt, destruction, and misery. This system must be overthrown and replaced with socialism, where all people benefit equally from society’s wealth.

WE OPPOSE U.S. WARS, INTERVENTION, AND ALL OTHER FORMS OF U.S. IMPERIALISM

Today, the United States is the number one enemy of the world’s people. It uses war, economic domination, covert operations, and occupations to subjugate the globe to its will. As young revolutionaries in the United States we have a responsibility to fight and end this system. We stand with all groups fighting for their liberation against U.S. Empire.

WE UPHOLD PROLETARIAN FEMINISM, WE FIGHT FOR THE LIBERATION OF WOMEN, LGBTQIA+ PEOPLE, AND DISABLED PEOPLE

Women and queer people are oppressed by patriarchy through physical and sexual violence, unpaid labor, misogyny, and many other forms. Proletarian feminism recognizes that patriarchy especially exploits working class women and queer people. It also recognizes the distinct oppression which disabled people face under patriarchy. The liberation of women, queer and disabled people are essential to the struggle for revolution.

WE OPPOSE ALL FORMS OF U.S. RACISM AND FASCISM
The oppression of the masses of black and brown people in the United States goes back to its foundation. This country was built on the enslavement of Africans, the genocide of indigenous people, and the theft of land from Mexico. Today, this oppression persists as mass incarceration, discrimination, murder, and police occupation. Police are agents of fascism who brutalize and execute poor black and brown people. We recognize that with the election of the fascist Trump, fascist white supremacists are mobilizing and pose an even greater threat of unleashing violent terror upon the broad masses.

Free and universal education is a necessity for working class people. The current system of education is aimed to condition students to conform to capitalist exploitation. It exists to profit off of students, while putting them into piles of debt. Additionally, undocumented people are denied access to education, while the majority of working class people are denied access by default. Education should serve the people’s interests, not work against them.