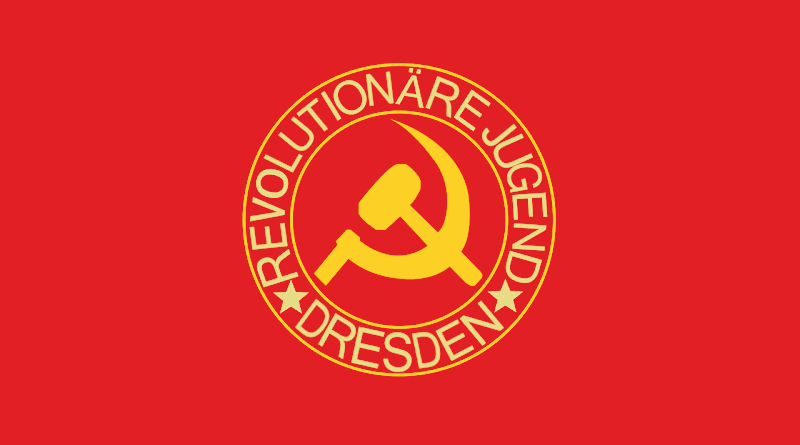 We finally announce the founding of the Revolutionary Youth of Dresden.

We fight as young anti-imperialist workers on the basis of Marxism-Leninism-Maoism against prevalent revisionism, whether it comes from the State, opportunists or reactionary forces. We support proletarian feminism, socialism, peoples’ freedom, and international solidarity in the revolutionary movement.

Coming from the working class, we want to use our struggle against oppression and harassment, imposed on the people’s masses by the capitalist class by means of wage slavery and repression. We must fight for a system in which living and labor conditions are designed for the needs of the working class itself.

We want to escape once and for all from the superficial swamp of left-wing subculture, in order to speak directly to proletarian youth, train them, and represent their consciousness in the form of mass line through our praxis.

“The revolutionary youth was the brightest and purest flame of past revolutions, and we will continue be the blazing unextinguishable flame of the World Proletarian Revolution.”

Revolutionary youth, arise and prepare to fight!
Only through struggle we can defend our own class interests.

It is right to rebel!