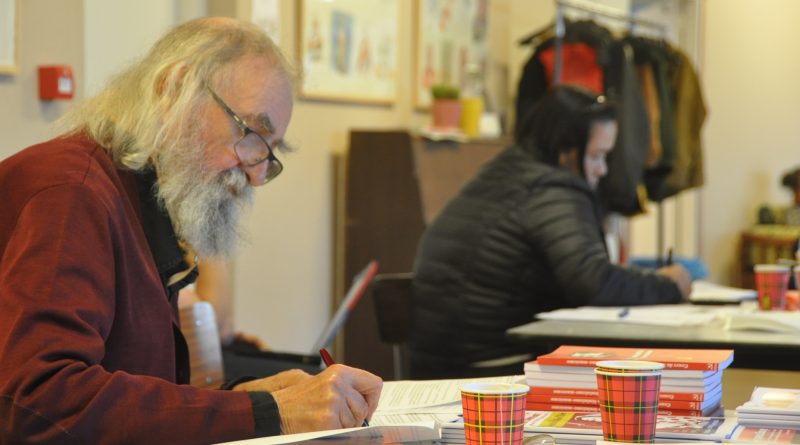 Our comrade Pierre is has passed away. A revolutionary since the ’68 uprisings in France, he passed away on Monday morning 4 December at the age of 81. He died of the consequences of a terrible fall off the stairs of the subway on the Saturday before, just after a demonstration.

It is with great sadness that we heard the news of our fallen comrade. Comrade Pierre was a dedicated revolutionary, always busy with political work in all its different forms. He was on the streets of his neighborhood, working with the proletariat around him. He was at the protests whenever they were there, up until his death. He was a theoretician and building a party, the PCM in France, according to Marxism-Leninism-Maoism, one of the strongest in the imperialist ‘belly of the beast’. It is through all of his work, his tirelessness and his selflessness that he will be remembered.

Comrade Pierre was in the Netherlands a couple of months ago. His energy, steadfastness and dedication to the worldwide proletarian revolution was clear to everyone who met him. At the same time comrade Pierre was humble and sober, stripped from the petit-bourgeois lifestyle that so many of us are stubbornly holding on to.

The passing away of comrade Pierre makes us sad. This is normal. But let us turn this sadness into action – that is what comrade Pierre would have wanted us to do. Let us carry the life and spirit of comrade Pierre in our everyday lives. Let us undo ourselves from petit-bourgeois lifestyles and ideologies. Let us be dedicated revolutionaries of the proletariat that will never stop until exploitation and oppression are a thing of the past. Let us fight for the worldwide proletarian revolution until communism!

Carry on the life and spirit of comrade Pierre in the worldwide proletarian revolution, he is immortal!