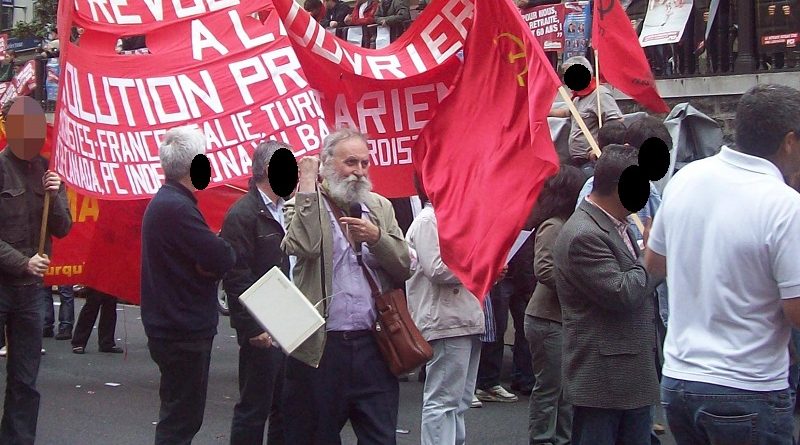 Pierre, a long time Maoist activist in France, has passed away in a age of 81. Tjen Folket send our condolences to his family and the Maoist Communist Party (PCM) of wich he was a leading activist.

In the event of a comrade passing, we put forward Mao Zedongs words “To die for the people is weightier than Mount Tai”. Pierre lived for the people – he was an activist in the 1968-rebellion, in the ML-movement of the 1970thies, he was part of the establishing of a Marxist-Leninist-Maoist centre in France and he was still an activist till the end.

Tjen Folket did not know Pierre well, but some of our activists actually met him not long before he passed away. We are happy for this, since it is always inspiring to meet people who have dedicated a whole life to the struggle. He asked questions and made remarks, about social-imperialist China, imperialist aggression in the Middle East – and he told about the mass work and political line of PCM.

The Maoist movement is a young movement. But already, we have many martyrs from all corners of the world. Pierre was a veteran of the former communist movement, but he lived in the present, not in the past.

Red salute to his family, friends and comrades!

Fight in the spirit of Comrade Pierre, long live Marxism-Leninism-Maoism!