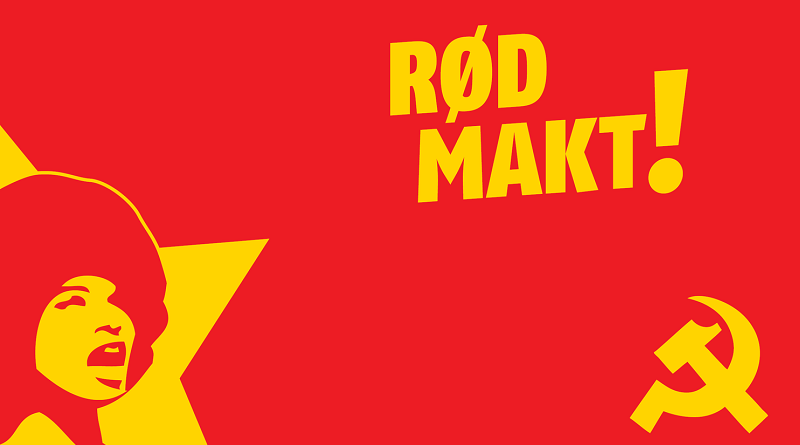 Serve the People – Norway fights for red power in all areas

What is red power?

Red power is all power to the people.

Who are the people?

The people includes everybody that is not the enemy.

Who is the enemy?

The enemy is that tiny class of parasites that lives off others. They are the capitalists that own massive companies and banks. It is those who make billions off other peoples’ labour. It is the politicians and top bureaucrats that manage money and the state that protects these parasites. The enemy is the bourgeoisie and their closest lackeys and goons.

Red power means taking power from the enemy and concentrating it first and foremost among the proletariat.

Who are the proletariat?

The proletariat are those who work normal and low paid jobs, those whose income comes only from their own labour, and those who are on the bottom of the command chain at work – with bosses and managers above them. They work in construction, industry and forestry, in health services and shops, and shipping and transport. They are workers with nobody below them who have little freedom in their jobs. The proletariat also includes those who are outside of employment due to sickness or poor job availability. The proletariat are the ones holding the whole of society up with its work, but they are at the same time held down by the bourgeoisie.

Red power is also power to all other oppressed.

Which other groups are oppressed?

Red power is power to those who have no power today.

What is not red power?

Red power is not power to some red party or red politician. These are false reds. They adorn red clothing to get the support of people who want justice and equality. But when they get power, they simply continue and reproduce the injustice.

How and where can we create red power?

Red power means new communes where people—not faceless systems and bureaucrats—have the power. It means communes that guarantee that all can participate in meaningful work, receive health services, training, security, food, and a roof over their heads – and that people can live meaningful lives.

Red power means deciding, alongside others, what kind of life we will live on this planet.

Red power is a true Communist Party, the proletariat’s own party. Not a party like today’s parties, that work within the enemy’s system. The Communist Party is a party of new type. It is a revolutionary party and a combative party that ties itself to the people’s interests. Serve the People – Norway works to create such a party.

Red power is a people’s army. Not today’s make-believe national “defense” (Norwegian Armed forces is callet “The Defense”, red.), that merely defends the rich class’s interests. Today’s “defense” is an offense, an offensive against the world’s poorest people, like those in Afghanistan and Libya. Red power means a defense of a new type. It is a true defense of the people that all people take part in. Without a people’s army, the people have nothing.

Red power is a red front for a new state. It means gathering all of those who want to get out of this system, all of those who want to destroy poverty, crisis, war, and environmental destruction – and create freedom, people’s power and community. It means gathering the oppressed to create a new state that oppresses the former oppressors. It is an organization of the people’s power. It is all power to the people.

What is the goal of red power?

Red power is not a goal in and of itself. Red power is a tool we use to change the world. It is a means to achieve a greater goal: a communist world. A world where everyone has everything and nobody has nothing. A world without classes or oppression. Communism is not a paradise and it is not a perfect world, but it is a humane society that is collectively run by community, without poverty, hunger, war, and environmental destruction.

When do we want to create red power?

Red power must start today, if it is to be a reality for the future. Red power must be established at schools, at workplaces, in neighborhoods, in the streets, in the city squares, in unions, in public spaces and so on. A little red power in each place we can get it, until we can have a lot of red power everywhere. It is a protracted struggle, but the work began 150 years ago with communist organizations, worker’s parties, labour unions and cooperatives. We are not starting from scratch, but rather build upon a long-lived experience with both massive victories and massive losses.