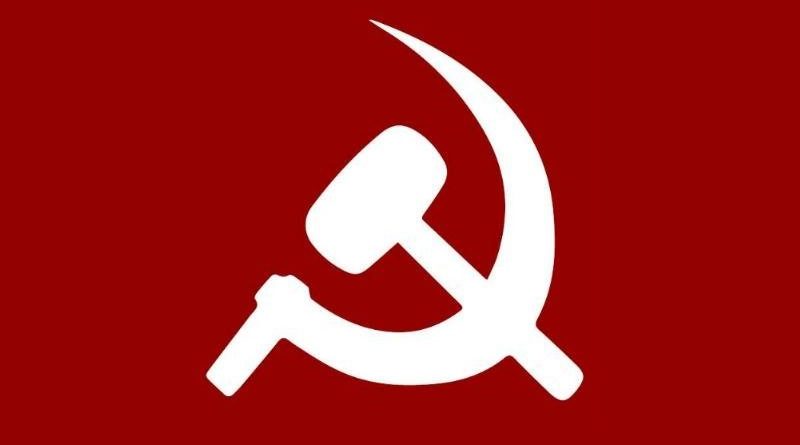 When understanding addiction and addictive behaviors, we have to understand the psychological reproduction of addictive thinking in an individual.

Addiction can span beyond the use of substances. There is food addiction, adrenaline addiction, co-dependency AKA addiction to an unhealthy relationship with another person, etc., etc. Some people may assume that the root of addiction lies within one’s dependency on a substance or feeling. While this plays a major part in keeping one addicted, this is not the primary root or cause of addiction; in fact, addiction is a way of thinking that informs one’s actions and thereby actually reproduces itself in one’s thinking.

Why is this important to communists?

Of course there are the obvious reasons for communists to want to understand addiction in order to be able to fight it in ourselves, our comrades, and in the masses who have been affected by or are under the spell of addiction.

However the bigger benefit to communists in understanding addiction lies within grasping the truth of its primary cause: the effect it has on one’s thinking and how this pattern of thinking informs one’s action (practice). This is important to us because this is something that we hope to address when we utilize criticism and self-criticism. The goal is to, much like addicts fighting an addiction, break the patterns of thinking that keep us sick or hold us back from becoming better communists. Through the application of dialectical materialism we can understand addictive thinking and behavioral patterns better in order to break and fight them.

Although that analysis relies on a vague and individualized morality, there is a lot of truth within it, especially as it pertains to addicts. We all have a set of principles, personal morals, or ethics that inform our decision-making every day. Taking Aristotle’s examples of those types of actions helps us understand what type of thinking an addict has at any given point in their addiction. The main difference between vicious action and the other three types of actions is the lack of the internal contradiction between virtue and indulgence. The vicious action has been rationalized so thoroughly that there is no objection in one’s mind between actions and thinking. This does not make a vicious pattern of behavior incapable of being corrected, but the likeliness of the individual becoming conscious of their errors by themselves is slim. Vicious actions have a better chance of being rectified through continued criticism from another individual or the collective. While many addictive behaviors can fall in any one of those action patterns, the addict is most conscious of their addiction when they are in the stage of incontinent action. Here the contradiction is the sharpest. There is the contradictory battle of virtue versus indulgence. With incontinent action, indulgence wins the struggle between the two and actions are made to indulge one’s desire. This is evident in addicts who vow over and over again they will quit, or even actually quit only to fall back into their old behavior.

So how does this relate to criticism and self-criticism?

We all must strive to be better communists in order to serve revolution, the party, and the people. Understanding that we all have been born under bourgeois hegemony that outfits the superstructure and produces and reproduces itself in our own thinking, we must seek to consciously change our thinking to that of a Marxist. Self-criticism serves as our weapon against this pattern of thinking, first by making us aware of it, and second, by forcing us to combat it. As with addiction, this initial stage of self-criticism where we are made aware of our errors in thinking is the incontinent stage. At this point we are aware of our error and the nature of our contradiction. Of course, if we are to understand dialectical materialism in its in entirety—as you cannot understand it any other way seeing as how that is the very essence of it—we understand that there are many different internal contradictions that arise when we are made aware of errors in our thinking. But suffice it to say that the primary contradiction lies between our theory and our practice—that is, our revolutionary theory versus our bourgeois thinking that has informed our actions. This is what Aristotle defined as the tension between virtue and indulgence. In this case, virtue is our revolutionary objective and indulgence is our bourgeois thinking. At this incontinent stage, our goal is to move forward in our rectification campaign to continent action. Continent action is when we are made aware of our indulgent desires and actually make decisions that deprive that desire. To feed our indulgent desire is to give it more power and a greater influence in our thinking and actions. When we deprive it, we watch it slowly dwindle away into nothingness, leading us to our next stage in correcting that error, which is virtuous actions. Now of course we know that nothing is permanent and we are subject to slip back into our old ways of thinking if we aren’t ever vigilant and don’t combat every small instance of the reemergence of our old thinking in order to avoid all of the small quantitative changes that evolve into a massive break with our progress or a complete return to old thinking. In the Great Proletarian Cultural Revolution, this was understood as “combating your inner bourgeois self.”

As previously mentioned, we communists understand that a relapse into old thinking is the result of small, quantitative reemergence of old thinking that has gone unchecked. AA and NA also take this understanding and apply it to their program. In the “How lt Works” literature of NA, it is stated in reference to correcting addictive behaviors, “This sounds like a big order, and we can’t do it all at once. We didn’t become addicted in one day, so remember—easy does it.” This is an example of the dialectical process of accumulative change being practically understood and applied to changing one’s addictive behavior and thinking. This is the reasoning given by NA and AA to encourage members to “keep coming back” in order to make sure that addicts are constantly making an effort to fight addictive thoughts and behaviors as they arrive.

These 12-step programs also heavily rely on their own model of group therapy. In these programs it is customary for addicts/alcoholics to “share” with the group about things they have been going through and instances of them finding themselves slipping into old patterns or even instances of having noticed small progress in breaking with addictive thinking. The group therapy of these 12-step programs allows members to identify where they have noticed a slip in their progress in recovering from addiction and then refer to the 12 steps to find a practical method of correction. They also offer a support group of folks who are working toward a common goal through similar means—to fight addiction using the program. In these “shares” they are able to vocalize their deepest, innermost struggles with the understanding that they are not alone in this struggle and that others have or have had similar problems and have familiarity with using the 12 steps to combat these arising issues. This is an example of the success of group therapy and how it unknowingly utilizes dialectical materialism to offer real solutions to breaking thinking patterns of folks who are at the incontinent action stage in their lives. The goal of these addicts is to make it to a point where they no longer indulge these undesired behaviors and get to a point of continent action and eventually virtuous action. This brings us to the next point, contradictory/continent action.

In recovery programs such as AA, NA, CA, and FA, there is a lot of talk about contradictory action and how it can change one’s way of thinking. Continent and contradictory actions are interchangeable as it pertains to this subject. Contradictory action means that the addict is consciously taking actions to contradict their indulgent desires, for example by choosing to go to sober spaces where they haven’t tended to go instead of going to spaces where substance abuse or alcohol consumption are going on. By choosing to take a radically different course of action, the addict is consciously taking actions to deprive the once-dominant patterns of thinking that were psychologically set in motion by repetitive indulgent actions. Though the facts of a material situation may stay the same, our consciousness is subject to change as we approach situations from different angles. With repetitive contradictory action, the addict has physically outmaneuvered their previous pattern of thinking. Decisions that had once been second nature become more and more alien to them, and as they continue on this new pattern the thinking that had been the impetus for these behaviors starts to wane. At this point in their struggle, the nature of their desires starts to change, as they familiarize themselves with a new set of actions that do not come into contradiction with their virtuous desires. Eventually, they find themselves taking actions that are in accordance with their desire without much internal conflict. This explains how a radical change in thought can occur through changing one’s physical actions. On the surface this can seem to be metaphysical, but with a serious understanding of the material aspect of dialectical materialism, we understand how this is an actual material solution for a seemingly metaphysical problem. Often, once the addict comes to the realization that they are an addict, there arises the contradiction of wanting to break with their current thought process while not having developed a new thought process to replace it. Our consciousness is determined by our material conditions. Using this understanding, we can see how changing your material conditions—that is, by breaking with old behaviors and trading unhealthy environments for healthy ones—can lead to a change in one’s thought. This is how contradictory action can work as a vessel for thought reconstruction or thought reform.

Understanding how our thinking informs our practice and vice versa, we can come to the conclusion that criticism and self-criticism are absolutely essential for our growth as communists when combating our inner bourgeois selves. Applying dialectical materialism to Aristotle’s analysis of the 4 types of actions, we can see how and why self-criticism is such a powerful tool. We can look at it as somewhat of a formula:

First, we become aware of our errors. This is the initial self-criticism stage. This can also come in the form of a criticism from another individual or by writing repeated confessions.

Second, we identify the contradiction in our error. We understand which thoughts are virtuous and which are indulgent—that is, our communist principles versus our habitual bourgeois behavior, thinking, and practice.

Third, we identify the pattern of our error in thinking and where it manifests in our actions.

Fourth, we take contradictory action to fight the stagnation and indulgence, thus raising our consciousness even further and bringing us closer to our virtue, in our case our ideology and communist principles.

Fifth, we remain ever vigilant of moments when these thoughts and behavior start to reemerge and repeat step 4.

Capitalism and capitalist ideology promote self-indulgence at the disservice of us and the people, while revolutionary China was able to offer steps to true liberation through the eradication of these inner bourgeois thoughts. Thought reform including criticism and self-criticism was the preferred method for turning around both addicts and reactionaries. This process, we would argue, is necessary for the vast majority of communists who operate in the centers of imperialism, cleaning our brains of the bourgeois inner self and other destructive forces that come into contradiction with our revolutionary project.