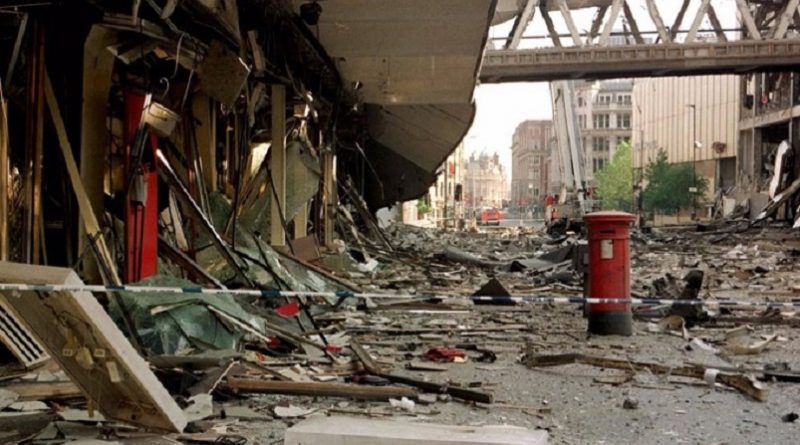 The night of 22nd May 2017 witnessed the murder of innocent people by a suicide nail bomber in Manchester’s Arena. Many of those murdered were children. The last such atrocity in Britain targeting children was twenty years ago at Dunblane. All progressive people should totally condemn such appalling acts of violence against the innocent. The city of Manchester, which has always been the centre of Britain’s working class, came together in solidarity and true to the traditions of working class internationalism united to oppose all attempts by the far right and their mouth pieces, such as the lunatic business woman Katy Hopkins, to create division..

The media was quick to speculate and the Government wasted no time in milking the situation for all it was worth, deploying five thousand troops with armed police to key public buildings and government centres. As well as increasing the Government’s hold over the population it is also keen to prove its capacity to wage a ‘war on terror’. This is hypocrisy of the highest order.

Britain is an imperialist country, occupying and dominating other nations militarily and economically. The true beneficiary of this domination is the monopoly capitalist class of Britain who plunder the wealth of these nations. In order to maintain their domination they have waged wars with the most sophisticated weapons and killed and injured millions over the years, most recently in Yemen, Iraq and Afghanistan. It must be made clear to all that this is terrorism of the highest order. The interference of the British, French, Italian, German, American and Belgium imperialists in Africa and the Middle East for over a century has left peoples divided, war torn and ruled by feudal remnants, dictators and religious zealots.

Any progressive forces which emerged in the twentieth century to oppose imperialism were crushed by these reactionary elements, often fighting each other for who could gain the favour of this or that imperialist. This led to the decimating of powerful Communist movements in these countries. Given that religious devotion is a strongly held outlook in this region it is no surprise that opposition to tyranny in the Middle East was often channelled down a religious path. The imperialists openly cultivated the fundamentalist Islamic monarchy of Saudi Arabia whose poisonous Wahhabi ideology has spread throughout the region and as far as Pakistan and Afghanistan. The lack of powerful working class and progressive movements in the region has meant many have been diverted to religious extremism in their just desire to resist imperialism.

The Arab Spring was an upsurge of the masses of the oppressed people of the Middle East and North Africa against local kleptomaniac rulers who were agents for the imperialists. The imperialist nations through their NATO alliance of terror soon took advantage of the situation to play various factions off against each other and give some the upper hand. This combined with religious sectarianism and a political vacuum of progressive forces has seen the upsurge of armed groups of fundamentalist Islamicists. Libya is an example of this situation. It appears that the nail bomber in Manchester was of Libyan decent and had been involved with such Islamic groups in Libya and Syria.

There were many refugees from Libya under the dictatorship of Gaddafi who fled to cities such as Manchester and most were not involved in fundamentalist religion. Some, however, who went back to Libya to fight were introduced to this backward ideology. Its existence is due to the imperialist cultivation of so many feudal religious elements for so long, at one time in their favour and another time not. In the end no matter what the original reasons for cultivating such beliefs they will take on a life of their own and this is personified today in the barbaric ISIS which wishes to return the region back to feudal medievalism. Their answer to the terror inflicted on the people by the imperialists is to target the working people of the imperialist countries. They do not target the capitalists but only the innocent. Such is the anti-people nature of their medievalist ideology. They are acting in the same way that the imperialists do by attacking the people. The Islamicists will only try to continue with the enslavement of the people in the Muslim countries.

The only way to stop the terrible wars in the Middle East and murderous attacks in Britain is for Britain to get out of the Middle East, militarily, economically and politically. This means overthrowing Britain’s ruling class and the capitalist system. There is no other means of ending the wars except by dealing with the cause of them which is capitalism.

Electing a Labour government will not make any difference, as some leftists claim, because they are committed to the interests of British capitalism and its continued NATO alliance. Increasing armed police patrols and putting troops on Britain’s streets will not protect the public but will be used to oppress us. In 1969 the British Labour Government deployed troops to the north of Ireland under the pretext of protecting the Nationalist community from sectarian violence. But instead the troops were used against them so as to defend British rule.

The spiral of war and violence will continue across the planet until the capitalist ruling classes of the imperialist countries and their agents are overthrown. This requires the unity of the working class across nationalities and religions to oppose all attempts at rancour and division. We must see clearly our main enemy is the British monopoly capitalist class. Their terror on the Middle East produces fanatical religious terror at home. In order to protect the children of all countries from terror and war imperialism must go!

Workers of all countries unite!