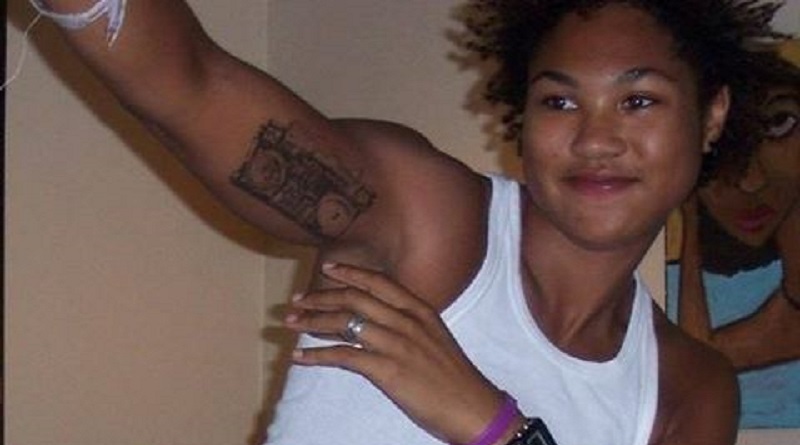 This is a guest article from a supporter who was a friend of the deceased.

Morgan Rankins was murdered in by the Austin Police Department Feb 22nd 2017. Her name is added to a list of martyrs who will live forever in our hearts. While the pigs will dust of their PR spokesman to call this a tragic case of mental illness alone,  it was more than that. We all know damn well that if this were a white girl Morgan’s age who lived in Westlake, this would have all been different. We wouldn’t be inscribing another name of another dead friend into our heavy hearts, we might be laughing or listening  to music. But  we are not doing that, Morgan was a black woman.  She made no apologies for that and for that fact the police wasted no time and killed her cold. When I was attacked by the pigs and injured she showed support and had my back. Morgan knew the police could kill her for being black, she knew why we take to the streets in a combination of mourning and anger. She knew the need for a revolution.  There is mental illness and a lack of training no one should deny this, what else can we say? We can say this;

We can say that you cannot train a police department to not be racist; racism is as American as apple pie and part of the foundation and fabric of this society. We can attest to the fact that the body cameras do not stop the pigs from beating us and in this case killing one of us. We all remember Sandra Bland who was killed while in custody – her name resounds from coast to coast. Morgan’s name should too, because the pigs used six shots to kill her. One, two, three, four, five, six….  APD mental health professionals prescribed her six rounds. They will say she was crazy or dangerous. Anyone who knew her knows the truth she was kind compassionate and vivid. She prayed for a better world a world where people like us with “mental health issues” do not fall through the cracks, a world where we are held up to the light.

Her death was no accident, not happenstance. She lived and died in a racist capitalist system which criminalizes black women and denies health dangling it like a carrot from up high. Austin tosses away people like Morgan on the fucking daily. It prices them out makes them wait months on end for treatment and worst of all America not just Austin sees women like Morgan as a threat. On this point America is right, because it will be black women like Morgan who drive the coffin nail into this hideous system for all its crimes past and present. America was never great; it was founded on slavery and genocide and maintains its death grip over the world on those terms. Black women have a world to win, starting with the death of America as we know it. America is racist and hateful and empty inside, it knows to fear the strength, pride and determination of women like Morgan, who love their people, their class and their friends and families.

The only way to show you love someone in a system like this is to keep fighting. When they kill our friends keep fighting, when they jail us beat us and break our bones just keep fucking fighting. All you reading this better start fighting. You better start fighting because they have been waging a war on you since 1492. When the pig apologists and professional non-profit snitch bastards want to tell you that she wouldn’t have wanted you taking to the streets you can tell em they are liars because she would. In times like these in loving memory can only mean fighting.  So for Morgan I’ll go on fighting without regrets, the holes in our hearts will get bigger as pigs across the US take more of our friends and loved ones, as their trained officers pull guns on children like they just did in Anaheim, or gun them down like they did David Joseph. Now we add the name Morgan Rankins to the long list of names we chant at protests, let her name clap like fucking thunder against this pig system bringing it down like the walls of Jericho. Here is to you my friend, from one “crazy person” to another. We all we got, so bless up.