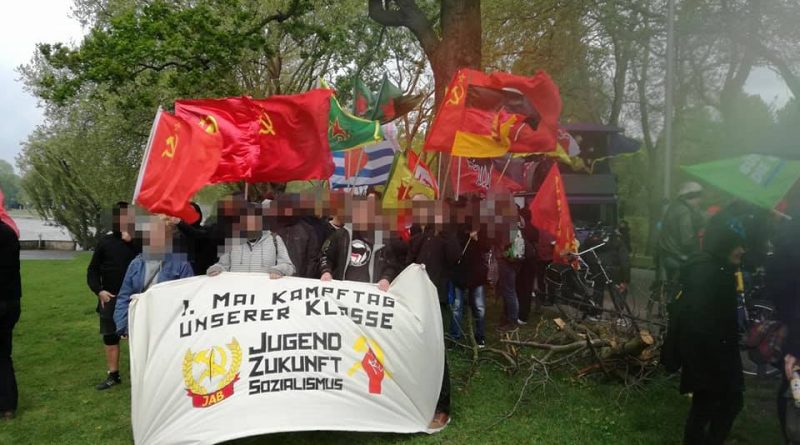 For the first time since our founding in September 2017, the JugendarbeiterInnen Bund (JAB) joined in the Labour Day marches in Münster. It was a great debut. Our organisation was able to lead the revolutionary block; Together with Ciwanen Azad (the Kurdish youth), Interventionistische Linke (Interventionist Left), and many other groups we built a block nearly as big as the revisionsts, social democrats, and the class traitors of the German Union Federation together. Our formation included up to 100 people. 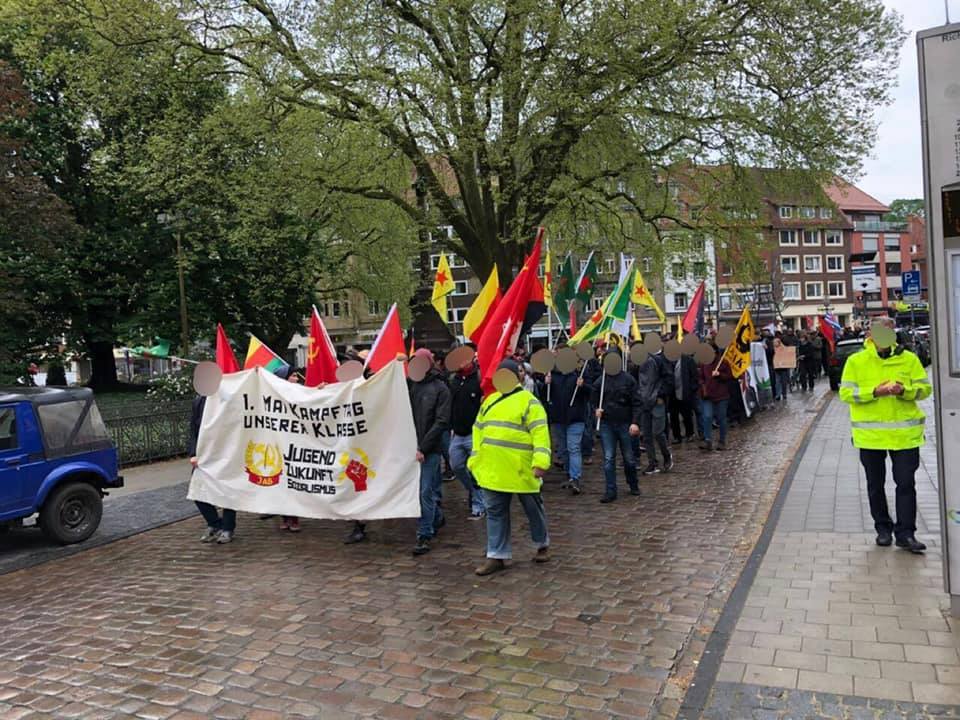 We joined the German Union Federation’s demonstration and successfully agitated against them. From the very beginning, young people from the other side joined us behind our banner and under the communist red flag, asking us about our work and how to meet and even join us. They walked with us holding our flags our banner. Together we shouted our slogans “Nur der Griff der Massen zum Gewehr, schafft den Sozialismus her!” (“Only the masses’ rifle grip will bring us socialisim!”) and “Wer hat uns verraten?! Sozialdemokraten!” (“Who betrayed us?! Social democrats!)- on the basis of the SPD’s murderous betrayal in 1918, when the Social Democratic Party of Germany sent facist paramilitaries to murder KPD founders Rosa Luxemburg and Karl Liebknecht. Our slogans included “For Marx! For Lenin! For Mao Zedong!” and for international solidarity: “From Gaza to Kurdistan! Intifada! Serhildan!”

Münster is one of Germany’s most bourgeois and conservative cities. Since the end of the World War II, the conservative Party “CDU” (Christian Democratic Party) has run the city, with an exception for one legeslature period. Labour Day in Münster is usually more of a party than a demonstration organized by the reactionary German Union Federation whose demands are barely considered social democratic. For the first time in years there was a revolutioary internationalist block with revolutionary slogans. Our success even in such a bourgeoisie stronghold as Münster shows the revolutionary potential and demonstrates that youth are willing to take up the fight against capital. 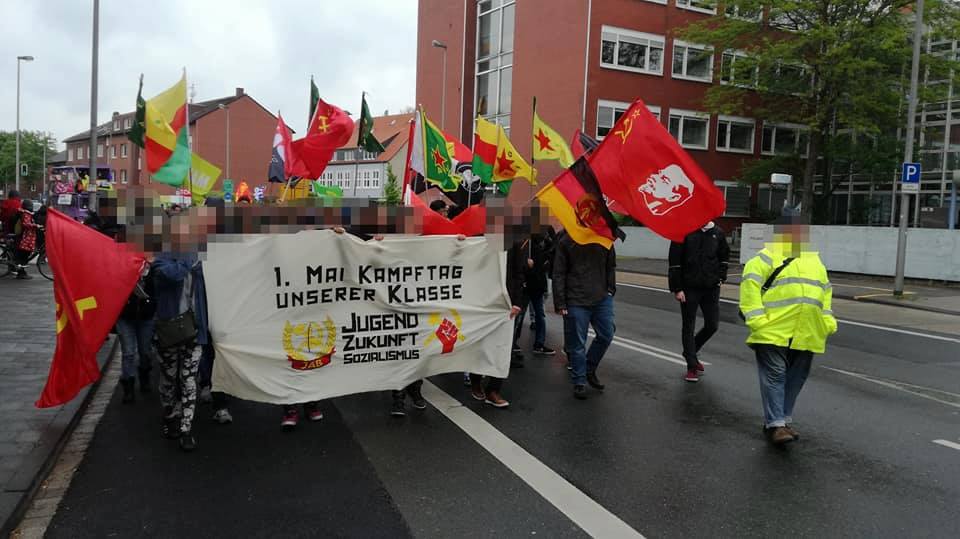