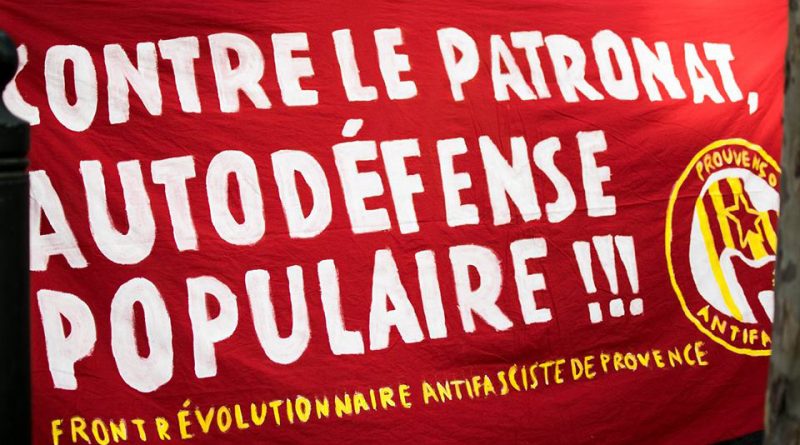 Today in Marseille, the people showed their determination to oppose Macron’s ordinances. According to the CGT (General Confederation of Labour), 60,000 demonstrators were on the street, with nearly 200 youth at the front of the demonstration determined to make the slogan: “We are right to rebel” a reality.

Although this is only the first battle, the demonstration’s outcome is very positive. First, the number of demonstrators was much higher than the CGT’s predictions.

Second, the youth’s determination was outstanding – on the way to the demonstration, they attacked several targets! First, on the Canebière, the offices of Soleam, responsible for the la Plaine “renovations” – a very nice way to call attention to a vast gentrification project in a working class district!

Later on the road, several banks and other symbols of the capitalist power saw their facades bombarded with red paint. Graffiti of solidarty messages with Palestine and George Ibrahim Abdallah were also painted.

The demonstration concluded at Castellane where our comrades were able to disperse into the crowd. The next round will be on September 21. 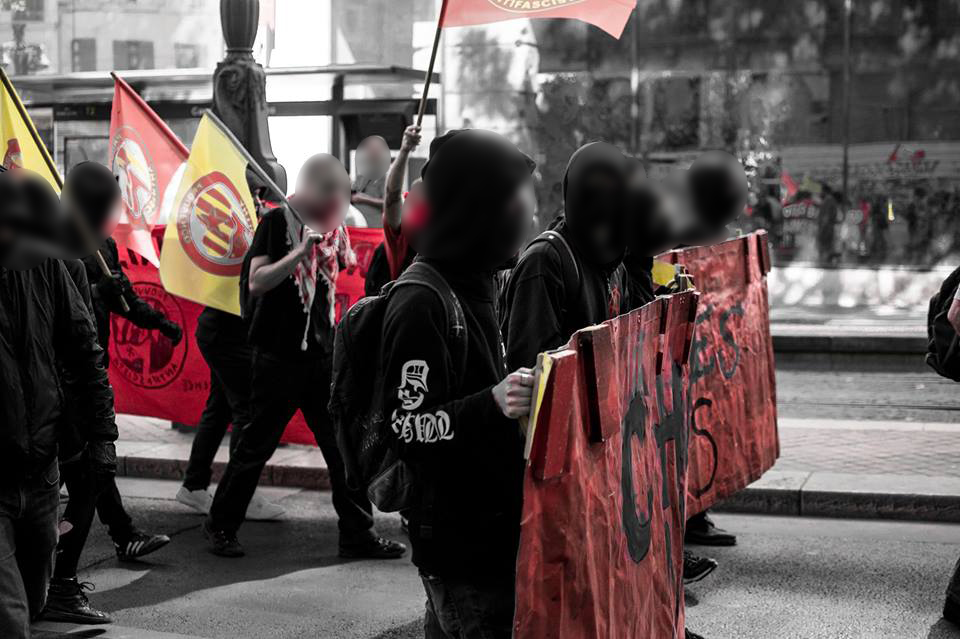 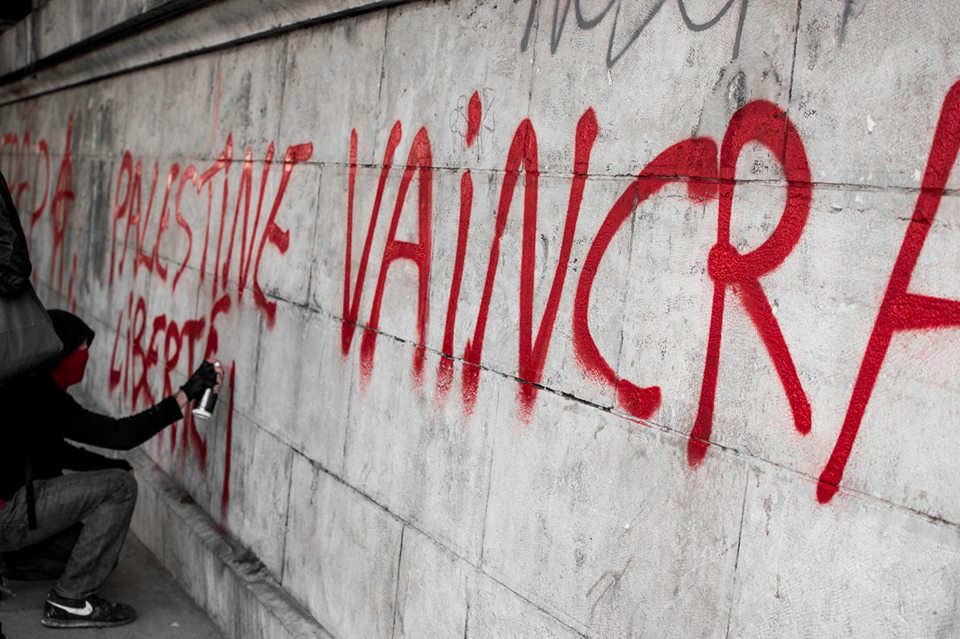 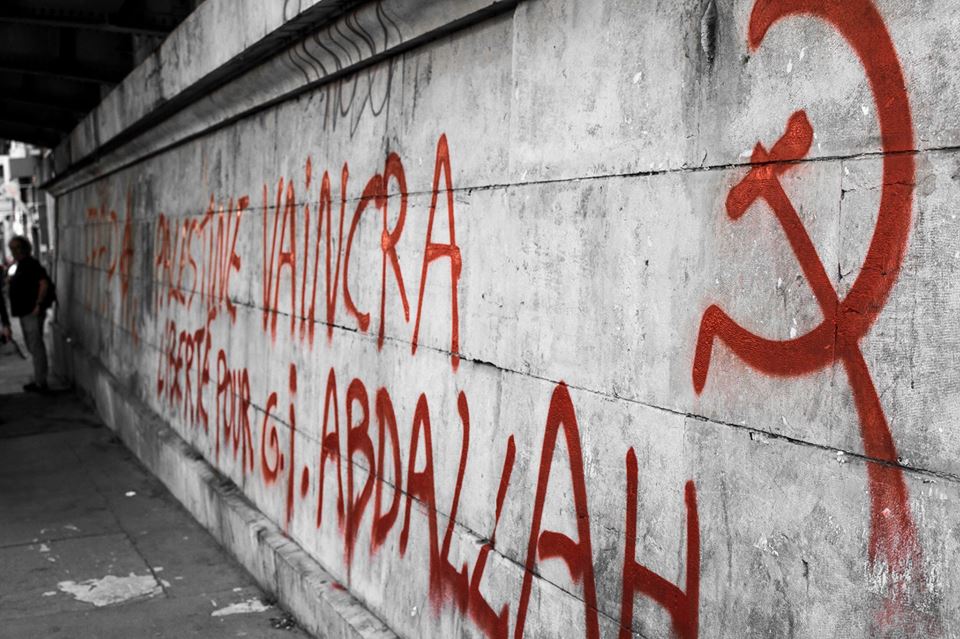 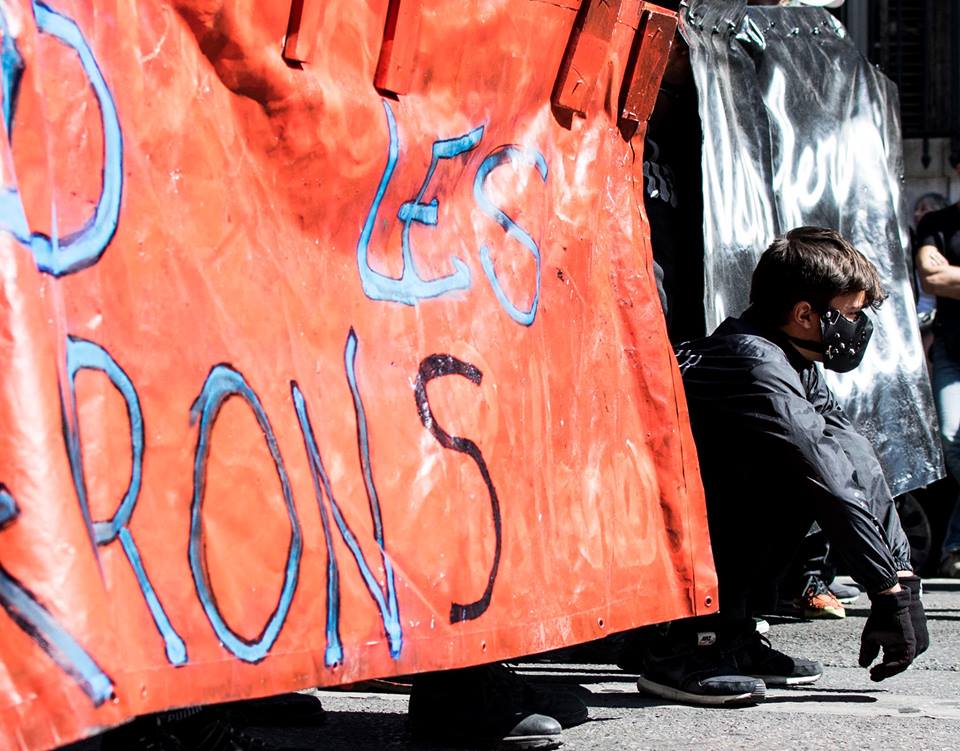 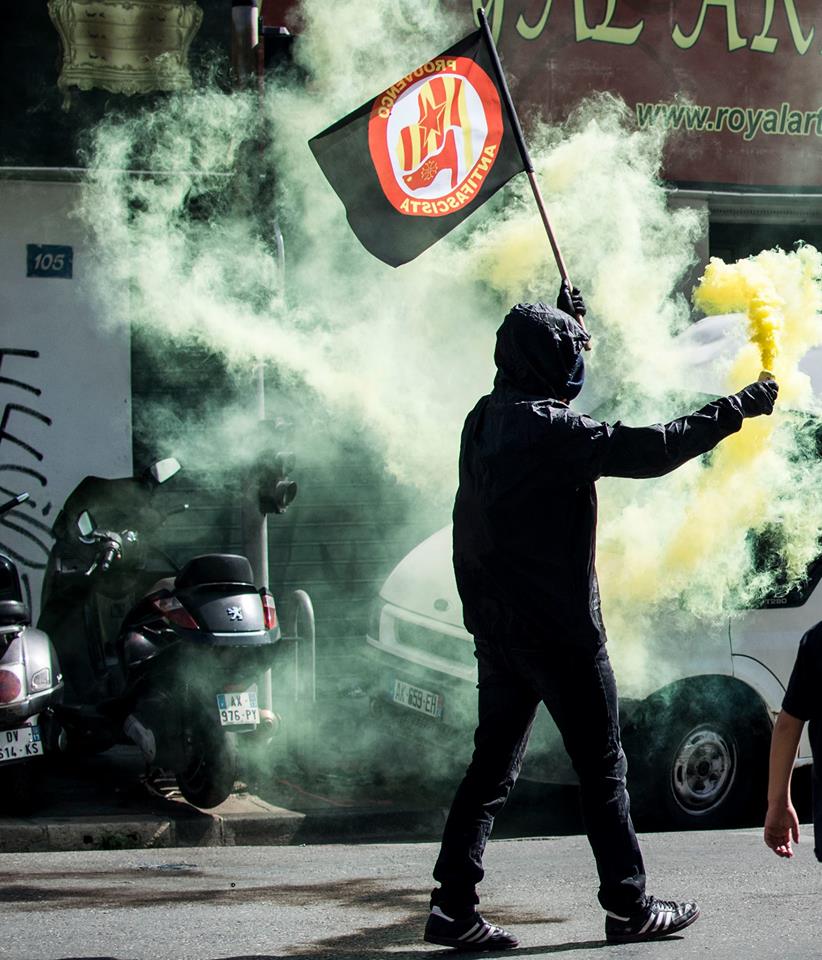 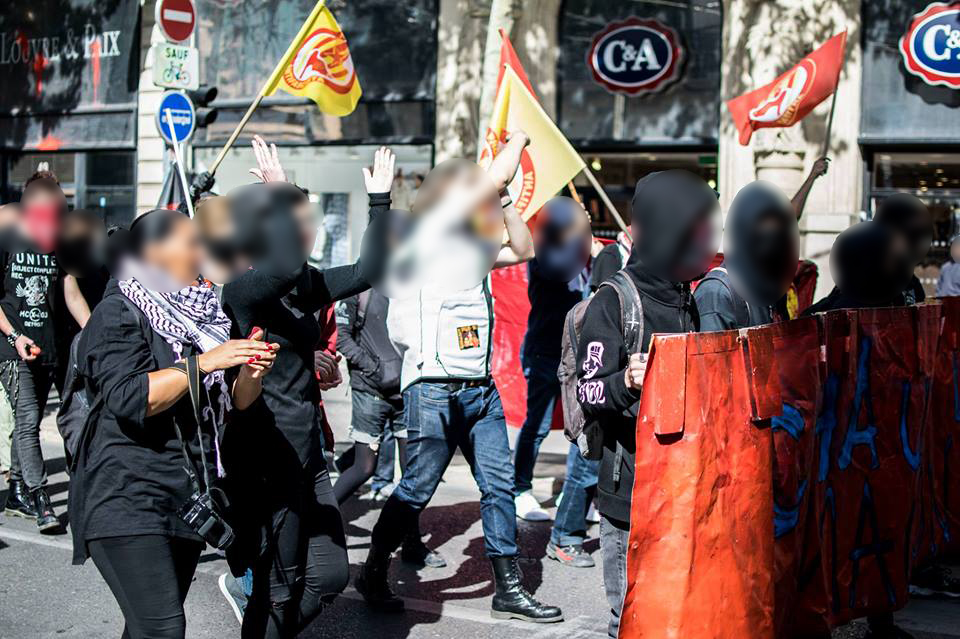 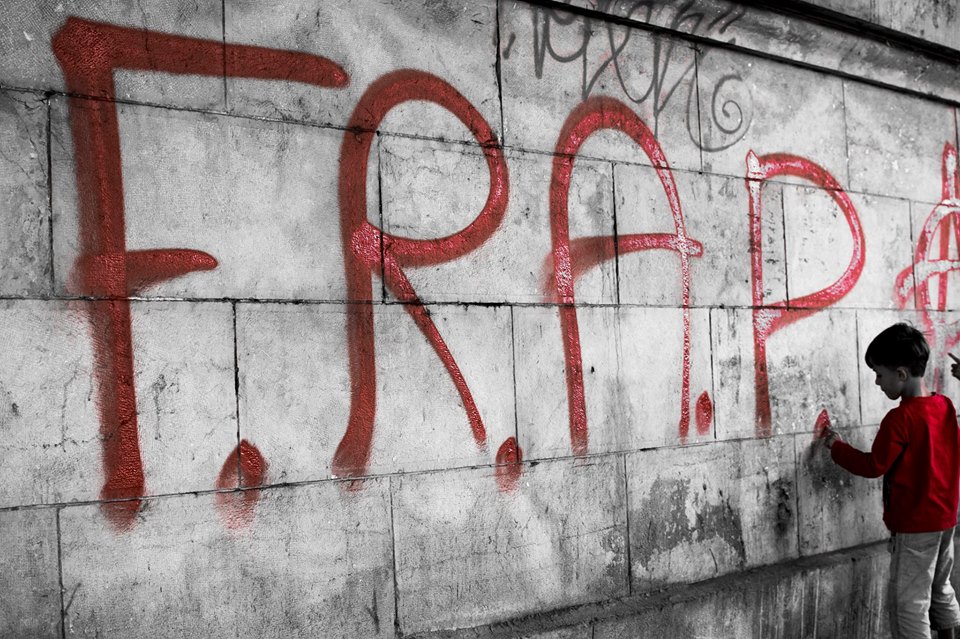 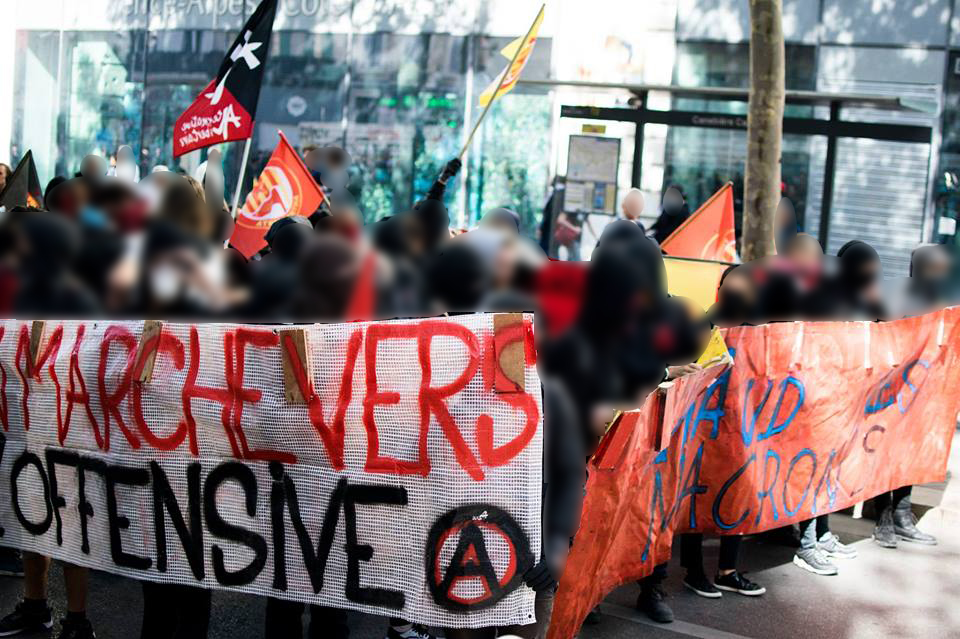 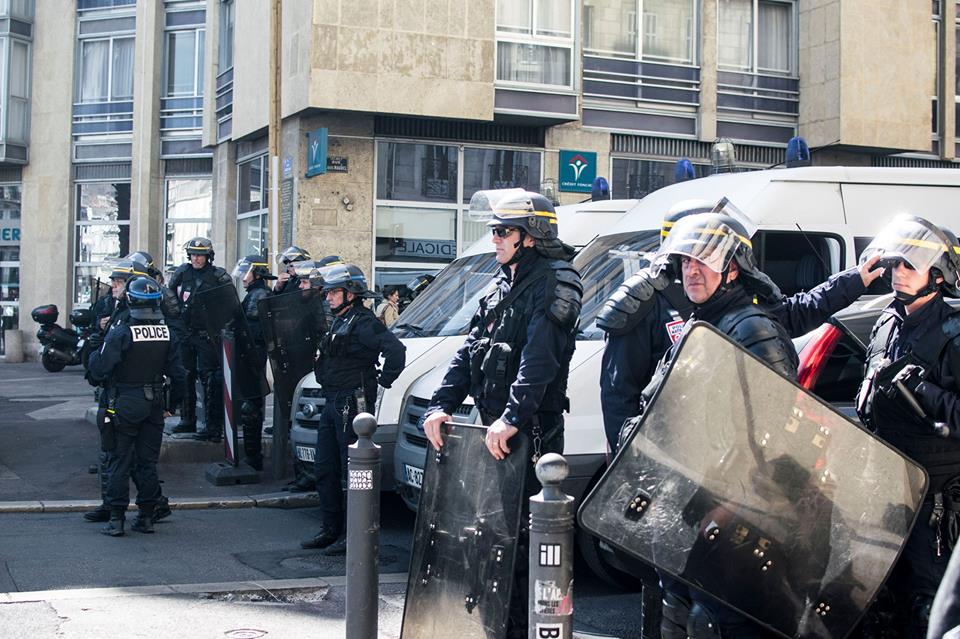 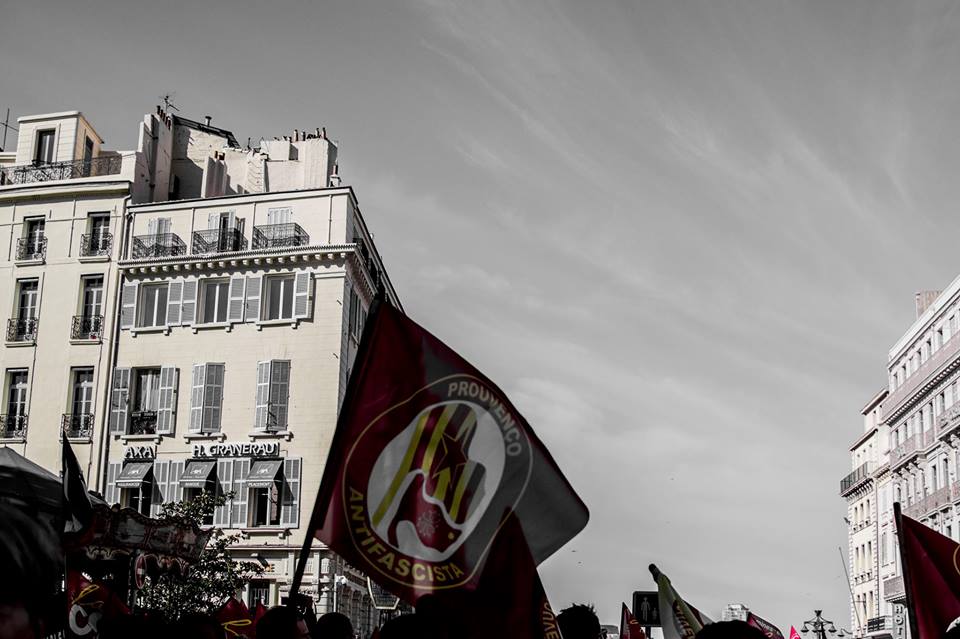 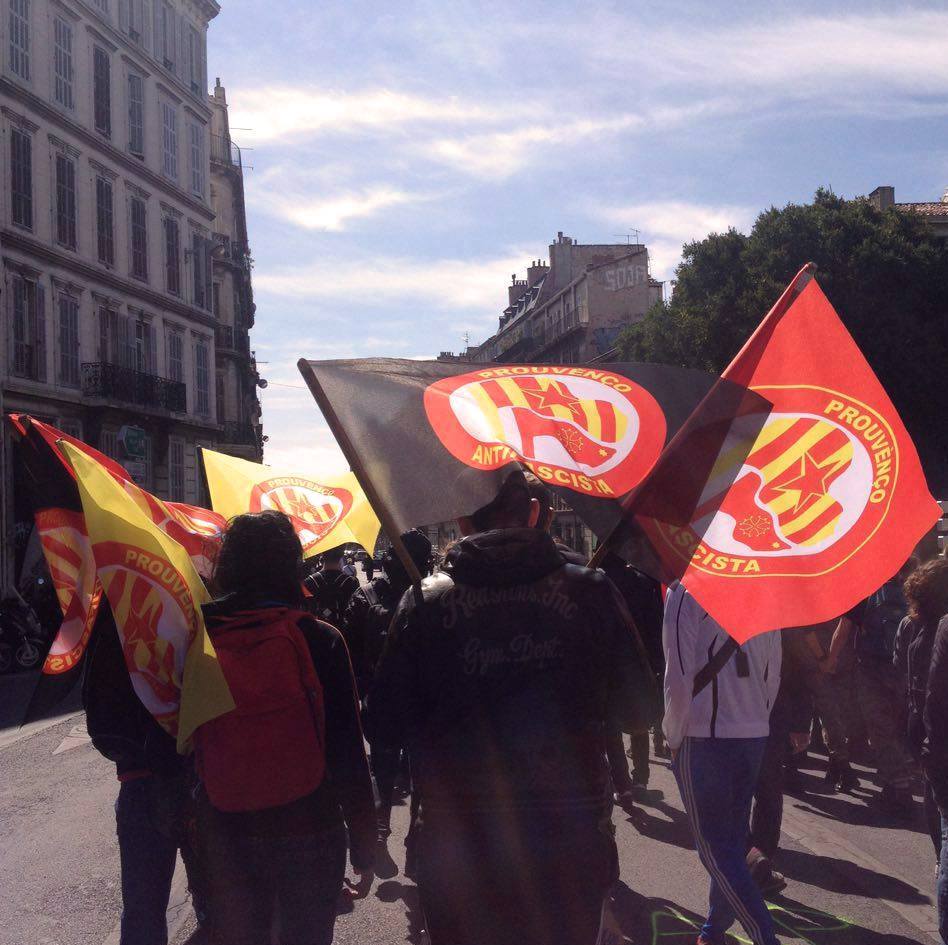