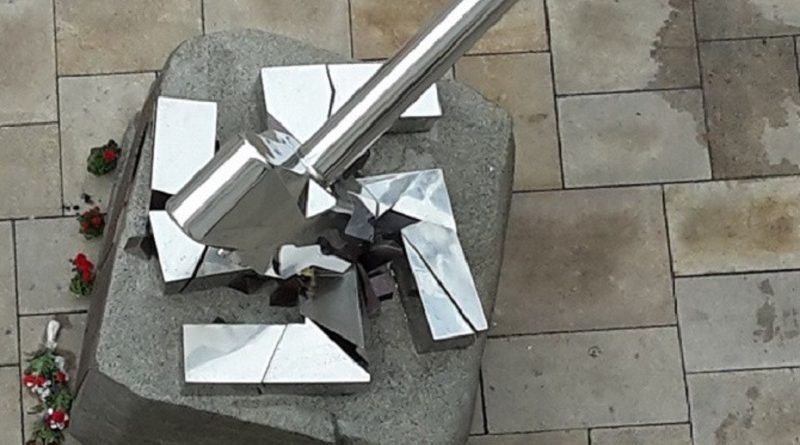 Tjen Folket want to mark the victory of the Hitler-fascism, and honor the victims that were made in the fight against it – especially by the red partisans, by the Osvald-group and the Pelle-group, by the Red Army and all of the soviet people.

We are for the compromise-free struggle against nazism – and mark ourselves against that the norwegian war-state tries to make Liberation Day into a “veterans day” that also tries to honor the occupation of Afghanistan and other forms of imperialist warfare.

The state tries to dirty this that with a “veterans day” and propaganda for norwegian occupation in Afghanistan. We want to honor the communists and other active resistance people who fought against Nazi-Germany, de the partisans over all of Europe

Search on the internet for “Osvaldgruppa”, “Pellegruppa”, the russian and soviet war prisoners and the sacrifices of the Red Army – to understand the biggest sacrifices, the most important efforts and how this was silenced.

In line with the annexation of Liberation Day 8th of may – whose name goes under the american sounding name “veteran day” – the norwegian military – whose main task it is to defend the norwegian bourgeoisie – went on the offensive again. This time against the population at home.  From Gribbene flyr.

When norwegian politicians make a deal out of what happened in london, but dont feel anything for the victims of norwegian imperialism, it is a display of the worst double morals. A double moral that is also visible when they make the liberation day from nazi germany into a celebration over the ones who drop bombs on poor people in afghanistan and libya. From Mest kvalm av drone eller machete?

The humanitarian image have started to crumble in th last year. The war has lasted for almost 10 years and many norwegian soldiers are returning home in coffins. Today there are around 600 norwegian soldiers stationed in Afghanistan and the state spends a billion kroners yearly on the norwegian occupation. For long the majority of the population has wanted to end the norwegian contributions. In this situation the war mongers have put lots of effort into gathering support for the occupation. THis has been done in the following ways: through focusing on supporting the soldiers in american manners with campaigns like “support our soldiers”. Through giving out war crosses and making liberation day, 8th of may into a “veterans day” where the government spreads sickening war rhetoric, like out from american movies. With the military going out and demanding support for the soldiers from all of the political norway, something SV and Rødt have taken the consequences of by their visits to norwegian occupant soldiers and posing smilingly with these. In the wake of the occupation of Afghanistan a new norwegian war culture is being built. This goes hand in hand with the reorganization of the norwegian “defense forces”, where one goes from a draft army for defending the country to a recruitment army that will go around all the corners of the world. The american war culture is not first and foremostly american, but typical imperialist chauvinism. A mentality where “we are best” and “we must tidy up” is typical colony lord thinking, and it exists in all countries that send out their soldiers to defend the states interest on other continents. We se a chauvinism being built up in norway, where dead children in Afghanistan are hid away, to the advantage of sickening comparisons between resistance fighters in world war 2 and todays mercenaries in Afghanistan.