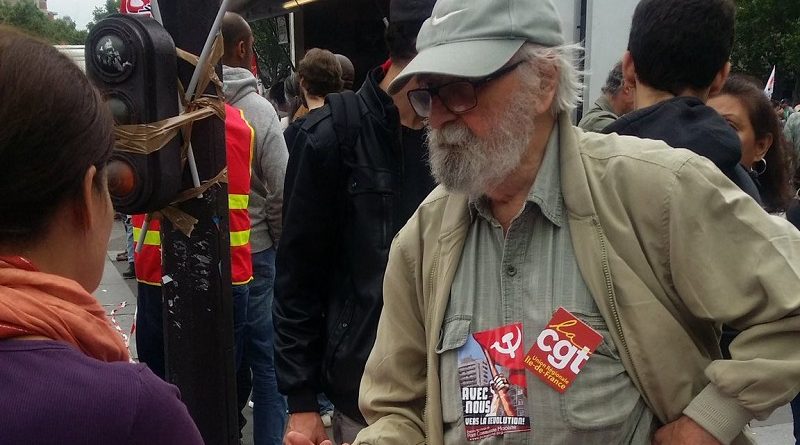 From the Queen City we send our solidarity and condolences to the Parti Communiste Maoiste (PCM) as they lost comrade Pierre. He was a tremendous beacon of revolution for all Maoists throughout the world, and this loss is huge.

Comrade Pierre’s passing happened on the birthday of Presidente Gonzalo, the greatest living Maoist in the world, and the 48th anniversary of the FBI murder of Fred Hampton and Mark Clark. Fred Hampton was one of the greatest revolutionary to come from the US.

Comrade Pierre was one of the most dedicated revolutionary communists in Europe. Right before the accident leading to his death, he had been attending a protest. Though we never knew him, his loss hit us hard. The loss of a comrade dedicated to the liberation of humanity is a loss for all. From the grand stories of his unwavering dedication to Maoism, to his mentoring of revolutionary youth throughout Europe, without a doubt the loss of comrade Pierre is a loss for the entire international proletariat.

Our collective deeply cherishes the lives of those we have lost serving the people, comrade Pierre among them. His uncompromising dedication should serve as a lesson to all revolutionaries across the world. The fight for world communism must now be sharpened. Comrade Pierre was a militant until the day he died, and we must continue his struggle for the liberation of the world proletariat.

Words from a comrade on comrade Pierre:

Today, a great comrade is gone. It was a man that inspired generations of communists, that gave his whole life at the service of a greater idea of mankind, at the service of a future of justice and freedom. He represented the transfer of knowledge, and he transmitted the fire from the Proletarian Left to the Maoist Communist Party with a tireless energy, being the living memory of struggle. More than a comrade, many of us saw him as a brother, a father or a grandfather, smiling and sharing good advices. He struggle against all kind of deviations, against renouncing, sometimes almost alone against the tide. Comrade, we wont forget you. For us, you’re an example, and you’ll live forever in our struggle. You’re is still among us, wherever flies this flag you loved so much, this red flag with the hammer and the sickle on it.

Fly high the red flag in his memory!

For revolution in the imperialist centers!