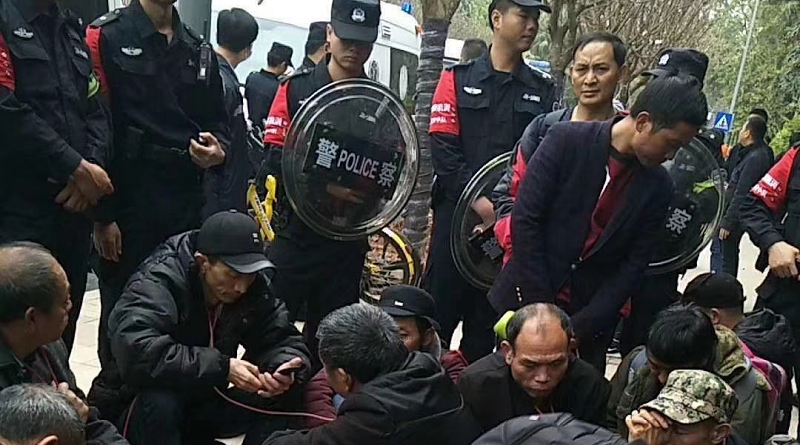 Since January 2018, pneumoconiosis workers have come to Shenzhen again and again to safeguard their legitimate rights and interests. Most of the pneumoconiosis workers come from Hunan Province and are engaged in many industries such as blasting. (Pneumoconiosis, as the first occupational disease, currently has about 60 million patients in China. Most of them have been working in Shenzhen since the 1990s, mainly engaged in pneumatic drill blasting. They have been working in the dust environment without labor security for many years, and unfortunately suffer from pneumoconiosis. However, because most of them do not have labor contracts, they have built numerous landmark buildings, so it is difficult for them to claim compensation. High medical costs are a heavy burden on them. Ultimately, they die young with increasing difficulty in breathing, leaving orphans and widows in the world.) They have been to the office of letters and visits, to the municipal government, to the social security bureau, to prove the labor relations of pneumoconiosis workers and some people to the court filed a case. They have been to departments big and small that they think can help them solve problems. They have even been to Shenzhen Public Security Bureau many times. Over the past year, these pneumoconiosis workers have repeatedly traveled between Hunan and Shenzhen to safeguard their rights.

The Shenzhen Municipal Government has given them hope again and again, and then destroyed their hope. It has even used force against pneumoconiosis workers who have difficulty breathing and are already struggling on the edge of death, even pepper water as a stimulating dispersal weapon. At first, the Hunan local government did not oppose the workers to go to Shenzhen to defend their rights. But now, there are all kinds of obstruction and pressure on defenders, which shows that at this stage, the Shenzhen and Hunan governments have reached some kind of agreement; and just a few days after Wang Zhaogang’s death, the amount of compensation originally promised to him has been much less!

Due to the dereliction of duty and lack of proper protective equipment, many workers inhaled a lot of dust and eventually suffered from pneumoconiosis. In recent years, workers have been diagnosed with pneumoconiosis. Due to the closure of legal channels and the gradual deterioration of the disease, workers can only go to the road of safeguarding their rights. Self-media platforms such as the Cenozoic (micro-workers’remittance) have greatly helped and supported workers habitually neglected by the mainstream media. The editors of the Cenozoic (micro-workers’ remittance): Yang Zhengjun, Ke Chengbing and Wei Zhili have successively participated in the work of protecting the rights of pneumoconiosis workers, helped them sort out their demands, explained their legal knowledge to them, and voiced their voices. Help them fight for their rights and interests. They consistently adhere to their own position, insist on helping ordinary vulnerable working people, and practice their own beliefs in Marxism. However, in China, which claims to be guided by Marxism, they should be the most respected people, but they have become the “counter-party and counter-revolution” in the mouth of Shenzhen police. The new generation, as a platform for long-term concern about the survival situation and rights of the majority of migrant workers, after hearing the news, devoted themselves to the protection of workers’rights with great enthusiasm. They popularized legal knowledge for workers, exposed the illegal suppression of the protection of the rights of pneumoconiosis workers by the relevant departments in Shenzhen, and called on the social just people to help workers raise donations. 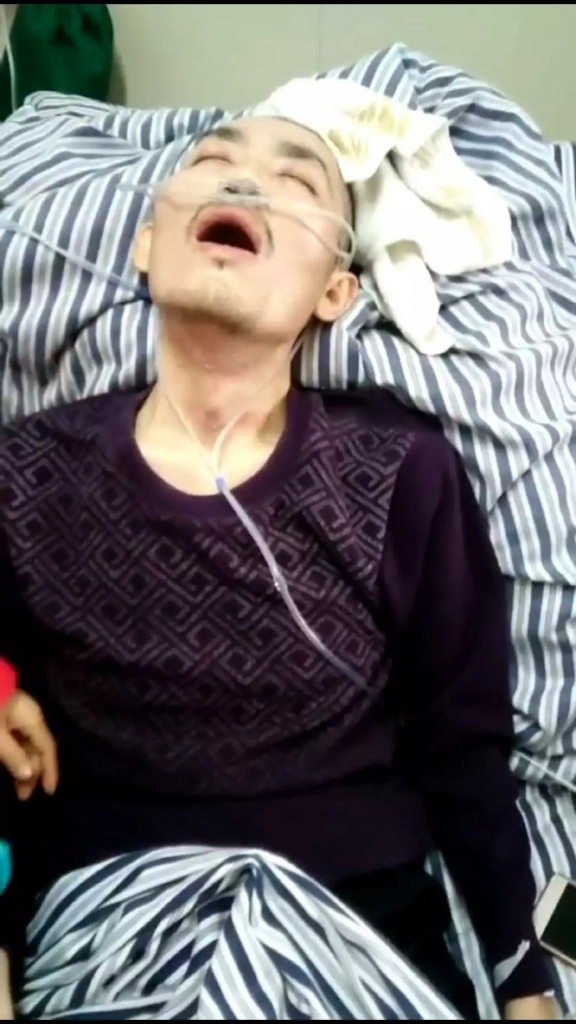 These substantive and legitimate help to workers has infringed on the interests of the Shenzhen government. The Shenzhen Municipal Government has never thought of solving the problem from the very beginning – deception, intimidation, threat, surveillance, tracking, blackmail, spraying hot pepper water, violent clearance, which is the way they treat pneumoconiosis workers. In the past safeguards of workers’rights, the Cenozoic exposed the illegal repression of Shenzhen government, which made some officials in Shenzhen hate the Cenozoic deeply. As early as last year, Yang Zhengjun, the editor-in-chief of the new generation, was threatened and intimidated by Shenzhen police at the scene of workers’rights protection. In early January this year, he was arrested illegally, and so far there has been no news. Less than three months after Yang Zhengjun’s arrest, the evil hands of Shenzhen’s black forces once again extended to the other two editors of the Cenozoic era, hoping to further suppress the rights-defending movement of Hunan’s pneumoconiosis workers.

At about 1 a.m. on March 20, Wei Zhili, a new generation editor, was arrested by police who had long been ambushed on his way home. The police then went into the room to search for things and take pictures. At about 2 a.m., the police took Wei Zhili away on the grounds of disturbing public order. At the same time, another editor of the new generation, Ke Chengbing, has been lost for more than 40 hours, and it can be basically confirmed that he has also been persecuted.

From the Christian Incident in 2018 to the arrest of Wu Guijun and other people in January 2019, to the arrest of the editors of the new generation, all kinds of signs show that the government has strengthened its pressure on the platform of voice for workers.

Our Comrade Wei Zhili has a very good temper. We have never seen him get angry. The only time he got angry is when he mentioned that at the beginning of November last year, Hunan pneumoconiosis worker was sprayed pepper water at the entrance of Shenzhen Municipal Government. Ke Chengbing has also been paying attention to this matter, trying to voice for workers through the platform of the new generation. For them, the lives of those dying are extremely important, and what pneumoconiosis workers want is just the most basic justice.

In 2009, hundreds of Hunan migrant workers suffered from pneumoconiosis in Shenzhen due to the collective pneumoconiosis of pneumatic drillers, and their rights in Shenzhen were blocked. After the news coverage, many young students from Peking University, Tsinghua University and other universities organized research teams, sent condolences to rights-defending workers, and carried out activities in universities around the country to support workers. In the era of advocating “safeguarding rights according to law”, these acts are a manifestation of a sense of social responsibility. Wei Zhili’s roommates were also influenced by him to help carry out rights activities. Later, Wei Zhili took the initiative to go to Foxconn factory to investigate the living conditions of workers. By participating in the investigation of the living conditions of the working class, the young man had the idea of serving the workers in the future. In 2010, after graduation, Wei Zhili became a staff member of the workers’rights protection organization in Shenzhen, and struggled for the rights of the working class until today.