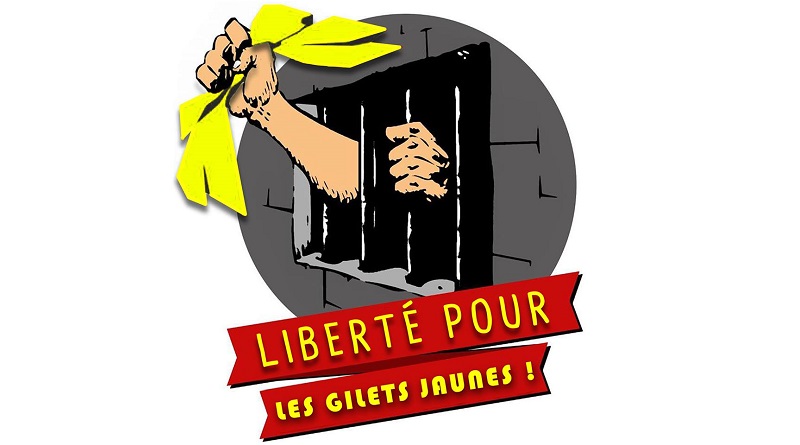 Last week, the bourgeois media talked about the Maoist Communist Party (PCM) following an action against the home of the aristocrat and Minister for Ecology François De Rugy. Today we continue to undertake the responsability for this action. We did it for several reasons:

Now that this action has passed, the bourgeois state is looking for culprits, to silence all those who have said “he got what he deserved!” when they saw De Rugy threatened. Less than a week after the tag, the Nantes cops arrested a worker at his workplace, accusing him of being the author of the tag. Well known of the struggles of the masses in the French state, this worker was repressed by the “justice” for his actions during the struggle of the labor law in 2016 and he distinguished himself in the fight against fascism, trade union and the struggle of Yellow Vests recently. The State immediately targeted him for a simple tag while the bourgeois siphon millions and stuff themselves on our backs. Blindly, without any proof of his involvement in this affair or any partisan affiliation, the police imprisoned this activist simply because they had him at hand. This is an example of the repressive situation in which we live today, where many, simply by their class, their skin color and origin, are constantly harassed by the police, spend nights at the post and days in convocation, when they did not do anything.

Here we see the priorities of the bourgeois state and its police: in Nantes on June 21, Steve Maia Caniço disappeared after a police attack during the Fête de la Musique. His body has still not been found a month later, and the Nantes police cover those responsible for his disappearance. In the meantime, it finds the time and the means to target individuals for their involvement in the class struggle, and to repress every turn. This situation in the French state was often pointed out by the masses when the bourgeois media published the announcement of the arrest of the activist in Nantes. There is no doubt that the bourgeoisie is trying to make this militant into an example, regardless of the truth and the evidence. His imprisonment for old reasons dating from 2016 shows this. We must increase solidarity for all political prisoners, and show that we are united in defending those who suffer the attacks of the bourgeoisie at the front line.

Immediate freedom for the prisoner of Nantes and all the political prisoners!

Freedom for the Yellow Vests and all the prisonners of the mass movement!

Justice for Adama, Steve, Aboubakar and all the others!