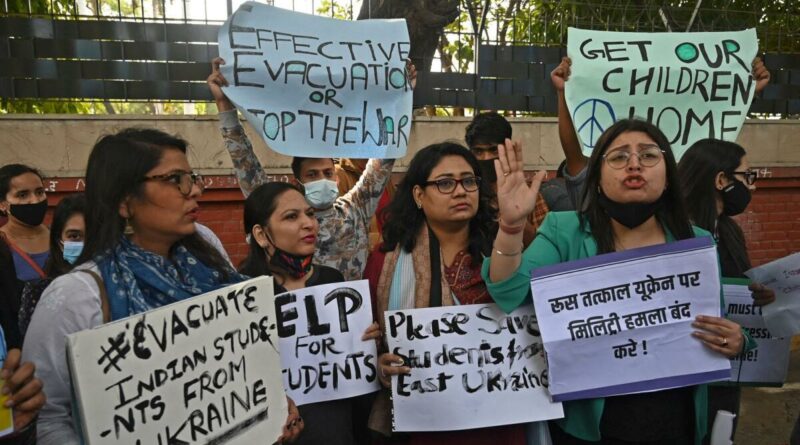 Despite being aware that war was inevitable in Ukraine, the Indian government failed to help Indians and withdrew its embassy that supports the country’s citizens. It increased the rates of Air India by three times, he added.

In a statement released today, Comrade Abhay felt it was wrong to tell Indians in Ukraine to go to the neighboring countries on their own to get airlifted from there and it was very difficult for the people.

“Everyone must condemn the negligent attitude of the union government. More than 20,000 Indians in Ukraine are helpless and apprehensive. The CPI (Maoist) Central Committee appeals to the entire oppressed classes, sections, people and democrats to demand the Centre to take required measures to bring back the Indians in Ukraine safely,” he said.

He said the race between the US, Great Britain, France, Germany and Russian imperialists led to war putting the people of the world, mainly those in European countries, to severe difficulties. “Humankind has been deprived of peace because of their attitude,” he said.

“The Central Committee appeals to each and every person who wishes for the welfare of the world to raise their voice to stop the war. The development thru Europe, mainly the people of Ukraine in severe indefiniteness. Stock markets around the world collapsed.”

“The present war conditions and tensions cause severe harm to humankind. Imperialists nations were waging wars to overcome their neck-deep economic and financial crisis. All the people must demand that the Indian government leave QUAD”, Comrade Abhay said.