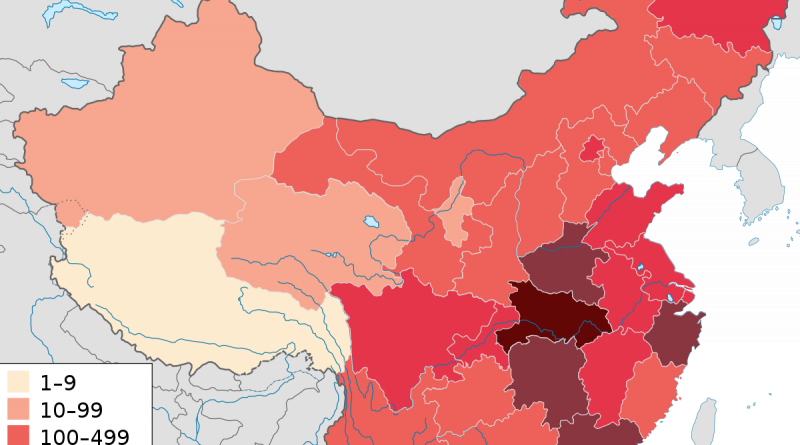 We received the following article from an underground MLM group based in China.

In April 2020, although the epidemic in most countries has still not been effectively controlled, the epidemic in China has gradually stabilized. So in the recent period of time, the so-called “China achievements”, “China road”, “China model” and other terms began to clamor by the drummer of Chinese imperialism, but is it really the so-called “Chinese system” that let China take the lead out of the epidemic? And, is it really the spirit of “serving the people” of the Chinese authorities that ended the epidemic more quickly? Indeed, the overcoming of the epidemic cannot be achieved without the command of the Chinese authorities,but can it be concluded from this that the Chinese system has advantages or that the ruling class of the imperialist China really serves the people?

To overcome a major public safety emergency, what does a country need first? Is it a political system? Obviously not, before these systems, at least there should be sufficient and mobilizable manpower and material resources. At present, China, as an emerging imperialist country, has abundant resources in its vast land; imperialist China has the most and best laborers in the world , and most of them have the simplicity patriotic sentiment and thus like a double-edged swords(Make them fooled by the bourgeoisie); thanks to the construction of the socialist era, imperialist China’s industrial output value also ranks first in the world, and there are all kinds of production lines for various materials. It is the support of strong material forces that will allow China to take the lead in getting out of the epidemic. In contrast, in the old imperialist countries like America etc, due to the capital ’s greed to rapidly multiply themselves, and because the rate of surplus value of the old imperialist countries has seriously declined, capital has flowed into financial capital, which has led to large-scale deindustrialization, and manufacturing has been relocated abroad, How can the material power that can be mobilized in time be sufficient under these circumstances? China has not yet undergone large-scale deindustrialization, largely because China’s domestic labor is still cheap enough to support the capitalists’ high surplus value rate.

Can China’s political system be affirmed by China’s better performance in this epidemic? The answer is obviously no. From the beginning, the bourgeois bureaucrats punished the “whistler” of the epidemic as a rumor.;later, as the epidemic continued to expand, they was only squeezing out a few words like “preventable and controllable”; time to tackle the epidemic, they colluded with some commercial capitalists like sewage and stench to monopolize the food supply to obtain excess profits when providing basic living materials to residents.Some people try to break the monopoly but they are caught by the police, some people try to protest, and then the community (The tentacles of the bourgeois bureaucracy reaching the grassroots level) retaliated against them by transporting vegetables in garbage trucks.

What has to be mentioned is that the local Red Cross in Hubei embezzled funds and materials, rejected public hospitals that lacked materials, and sent a lot of materials for the leaders and private hospital. This phenomenon is so open and shameless that the masses of the people can’t stand it any longer. People spontaneously organize the complete supply chain from manufacturers to hospitals, bypassing the Red Cross, and alleviating the urgent need from public hospitals. The spontaneous organization of the “anti-epidemic” behavior by the people is worthy of recognition, but this worthy behavior is recognized as illegal by the Hubei Red Cross and certain government departments.On the surface, it is not favorable to unified management, but actually，it is not favorable to taken bribe into the pockets of the bourgeois bureaucrats.

But there will still be people who are not convinced,and said China’s medical system has played an important role,this public medical system is also a China-specific system.Indeed, the public medical system left over during the socialist period has not completely disappeared, and public hospitals still play an important role. But looking at the problem should not only look at the present, but also the trend. Over the years, with the “deepening reform” or neo-liberalism retrogression of the Chinese imperialist authorities, everything is moving towards privatization, and the medical industry is no exception. The kind of “Putian” hospital (actually a kind of private hospital) that killed Wei Zexi has “raised up” like a “Spring rushroom”over the years . At the same time, public hospitals have been squeezed violently. Trying to bear the trust of the people, on the other hand, the funds have been cut year by year, and talents have been lost year by year. Many doctors in public hospitals are forced to go to private hospitals to make a living. But in this epidemic, private hospitals hardly played any positive role. In addition, social security such as medical treatment is not unique to the so-called “socialist China”. Britain has a National Service System (NHS), but no one thinks that Britain is a socialist country. People who think that China’s public medical system has played an important role, and therefore think that China is a socialist country obviously do not understand what socialism is.

Then, is the positive response of the imperialist Chinese authorities to the epidemic really out of the idea of serving the people?

China’s relative advantage in combating epidemics is that it has an advantage as a global factory, which is essentially powerful on the relentless squeeze on workers. The purpose of the imperialist Chinese’s authorities to control the epidemic was not to “save the people against disaster “, but to maintain the capitalist production order. After all, if the workers were all ill, how would the bourgeoisie exploit the surplus value?

Moreover, before the epidemic had been alleviated, the Chinese imperialist bourgeoisie could not wait to increase the intensity of exploitation and oppression. The construction workers of Leishenshan hospital and Huoshenshan Hospitals, which have made great contributions to the fight against the epidemic, are not only being owed wages, but also be further squeezed in the name of food expenses in isolation, at the same time, the wages that have been owed have even been reduced to 1% of the original level by clever deductions, some workers protested, but what was exchanged was nothing other than suppression, batons, interrogation, and detention; bonuses and other incomes for medical equipment factory workers were also canceled by the boss in the name of fighting the epidemic; the female doctors and nurses who worked hard to fight the epidemic were used as propaganda tools by the Chinese authorities to show a huge sacrifice, some female nurses were forced to shave their hair in tears, some female medical staff sent to the critical epidemic area are forced to give up the subsidies they deserve; on the one hand, a large amount of medical personnel uses the greatest efforts to fight the epidemic, but on the other hand, they can only get basic wages, even the basic wages are not complete.

Now, at the moment when the epidemic has just eased but has not completely subsided, the resumption of work and production, or the restoration of the capitalist production order, has been put on the agenda by the imperialist Chinese authorities. When promoting the resumption of work production, the imperialist Chinese authorities were extremely generous to the bourgeoisie, giving a lot of subsidies and low-interest loans or even interest-free loans, but did not provide the necessary subsidies to the workers in crisis. At the most, it was a beggar-like payment of negligible money . A Chinese Marxist worker group recorded some facts: the Ministry of Human Resources and Social Security(MOHRSS) of the authorities very brazenly declared that “enterprise can negotiate to reduce employee wages and arrears of wages”, “When production is suspended, the worker’s vacation will take up all annual leave”, and at the same time Infected with COVID-19 during work will not be counted as work injury and therefore cannot be compensated; Foxconn-a giant manufacturing group that has absorbed a lot of cheap labor-has cut out unquantifiable temporary workers in factories everywhere; an international enterprise group named Hisense was exposed to layoffs of tens of thousands of people; in Shenzhen, an ordinary takeaway worker was beaten by Chengguan (Urban Administrative and Law Enforcement Bureau Officers) for no reason, police violence is rampant; BYD, an automobile manufacturing giant, given the salary of 300 yuan per month to many employees, which is only enough for three days of food in China’s first or second tier cities. Finally, according to the analysis of a private progressivesintellectual, China’s unemployment rate is nearly 20%.

The records of the Marxism worker group and the analysis of the progressives intellectual prove that the working people are suffering unprecedented pain, the working people are suffering violent oppression, but the authorities are still concealing the difficulties suffered by the people, using repression and fake propaganda to create a harmonious scene that does not exist . The above facts can fully prove that the tyrannical giant of the monopoly bourgeoisie of the Chinese imperial authorities did not serve the people at all, but served the interests of the bourgeoisie.

When the simplicity patriotic sentiment of the Chinese people are transformed into the revolutionary spirit of the proletariat, the end of the imperialist Chinese will come, the Chinese people with a glorious revolutionary tradition will stand up again and completely defeat the autocratic tyranny of the monopoly bourgeoisie! The Chinese revolutionaries will work together and joins the effort under the guidance of Marxism-Leninism-Maoism, and will reach the masses continuously. Let the masses organize for the revolution and eventually drown the reactionaries in the vast ocean of the people’s war!