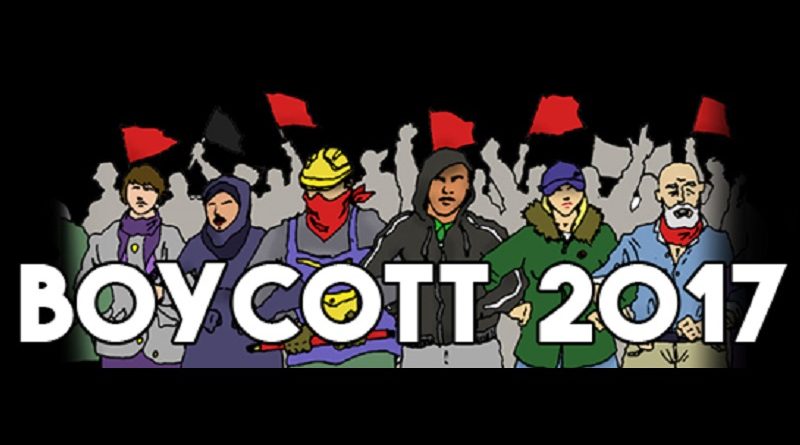 Why a campaign to boycott elections?

At every election, we are told repeatedly that the only possible way to improve our lives is to go and vote. As always, each candidate promises to be really different from others, that this time, things will actually change with him. But every time, we saw what it was …

The elections that will take place in April and May 2017 won’t escape this rule. The very right-wing policy of a left-wing party and the rise of the National Front and racist speeches have meant that many people will abstain from voting.

Abstention is not sufficient if it is not accompanied by action. That is why we are calling for this campaign of revolutionary boycott.

This boycott campaign is open to all people who find themselves on these points:

We want to put the society back on the right track

The law in this society is the law of the bosses. We go home every week tired of work, when we get to have one, we hassle to pay the rent, to pay the bills, to find housing … And while we are the ones who create wealth, the bosses are the ones’ who fill their pockets and politicians defend them! We are for another society without exploitation, based on real equality and a real power of the people.

We are anti-fascists therefore anti-racist

Racism allows employers to have a more exploitable workforce. A figure that shows this well is that people born in France of foreign origin are 3 times more unemployed than people of French origin. Racism is also found in the search for housing and the violence of the police, which sometimes goes as far as murder, as we saw with Adama Traoré last year and which does not date from yesterday as evidenced by the the massacre of the Algerians in Paris on October 17, 1961, the assassination of Malik Oussekine in 1986 and the assassination of Zyed and Bouna in 2005. But bosses and politicians would have us believe that “foreign” workers and “native French” workers would have different interests, whereas we have the same interests to change this society and that scares them!

We are revolutionary because we know that to change this society we must not be deceived by the promises of candidates who do not know what hard work is. We must rely on our own strength! The real change will come through our organization and our mobilizations and our struggles in our neighborhoods and our workplaces to build our power little by little!

Our future does not pass through their ballot boxes!