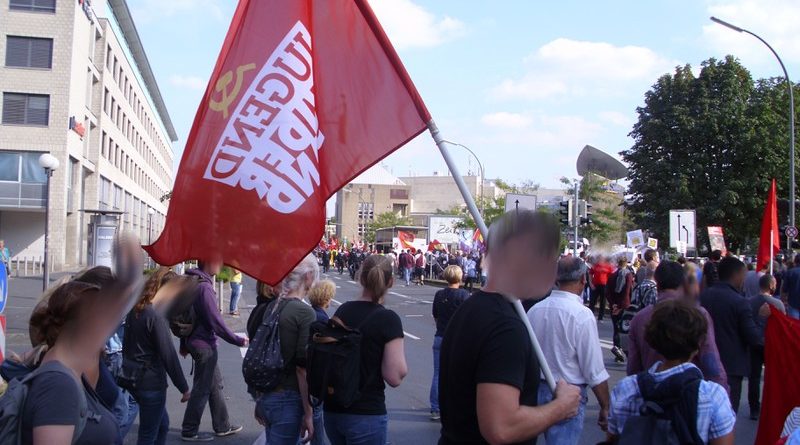 There was in the last months increasing reactionary violence by the fascists in Dortmund [Germany]. This ended last month in a well-aimed, cowardly knife attack on a leftist person by several masked fascists.

As reaction a wide alliance organized last Saturday a big demonstration with the slogan: “It is enough! Stop right-wing violence in Dortmund and elsewhere!” About 2.000 people joined this demonstration, what is really a large amount for Dortmund.

There was an impressing minute of silence for the Dortmunder being killed by the fascists in the last years. It was ended by loud antifascist slogans.

It was also commemorated to the Dortmunder Mehmet Kubasik and others killed by the state and secret services constructed NSU-terror-gang at the several scenes of crime.

While the demonstration crossed the city-center there were unfortunately less clear slogans and speeches, which the urgent task to make public the fascist terror and the necessary, offensive struggle against it, instead of this there was only electronic-music out of the loudspeaker-van stamping and determing the statement of the demonstration. Altogether the whole demonstration should have been more fighting and offensive.

At the end-rally the revolutionary and anti-imperialist people`s band “Grup Yorum” from Turkey played. In the run up liberal “antifascist”-groups tried to prevent this appearance – a task played otherwise by the state and its services – whether in Turkey or in the FRG. We are in solidarity explicit with “Grup Yourum” and refer to the well statement of Dev Genc to this incident.

Smash the terror of the fascists!

The streets belong to the red youth – the Pott stays red!

Death to fascism and imperialism! 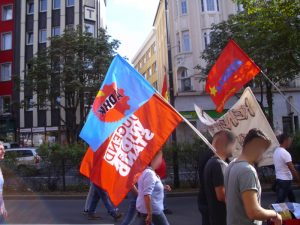 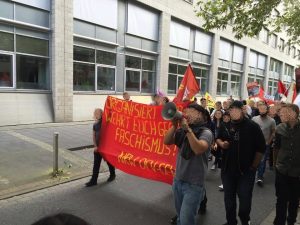