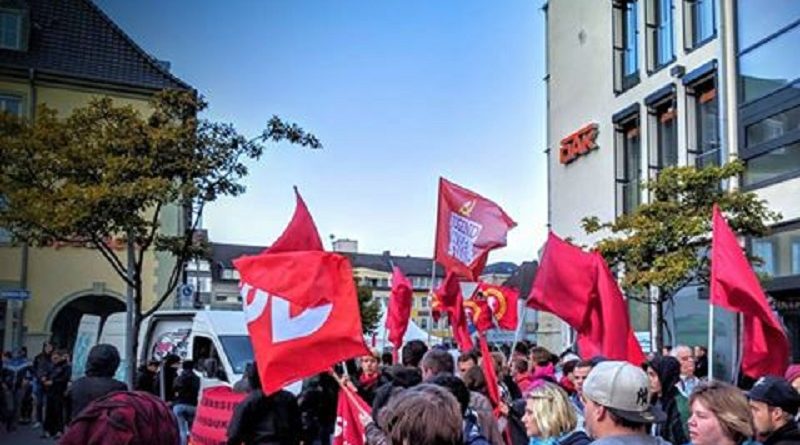 This is the report of the SYM (Socialist Youth Movement) NRW about their demonstration against the fascists of Die Rechte Party.

Like they do every year on the German Unification Day, the fascists of the Die Rechte party tried to spread their reactionary and anti-people ideology by marching through Hamm.

Despite the fascists’ retreat, approximately 250 antifascists assembled and marched through downtown Hamm to make a stand against reactionary tendencies in Hamm. There we formed a militant Red Block, together with our comrades from Jugendwiderstand, Rote Aktion Köln, Kommunistischer Aufbau, YDG / Neue Demokratische Jugend – Köln, Revolutionärer Jugendbund, Young Struggle Duisburg and the Bonner Jugendbewegung.

In the course of the demonstration there were scattered incidents of ridiculous provocations from the nazis. After the demonstration in Hamm we made our way to Dortmund, where we disrupted a rally of fascists who had assembled under police protection to incite hate against migrants.