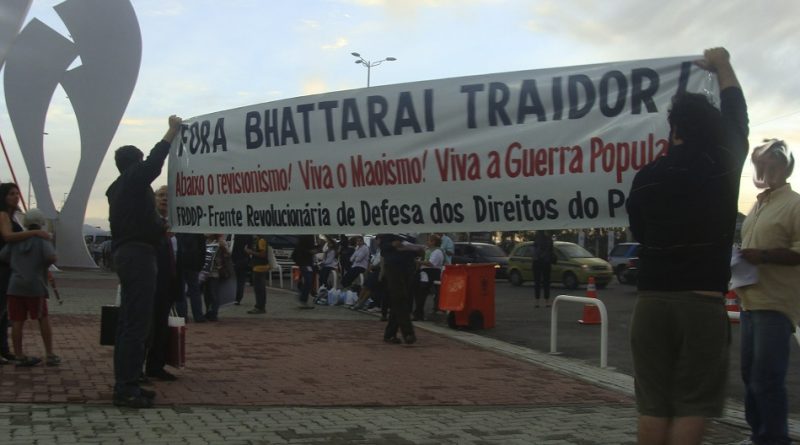 Nepal’s Maoist supremo Pushpa Kamal Dahal ‘Prachanda’, who is now the country’s Prime Minister’, tried selling the party’s weapons to a foreign party a few months after a peace agreement was signed to end the decade-long conflict, Dahal’s then deputy Baburam Bhattarai alleges.

Bhattarai, who now heads Naya Shakti Nepal, says in his biography, ‘Abiram Baburam’, penned by Anil Thapa, that then Nepali Congress leader GP Koirala, who played an instrumental role in the peace process, also knew the Maoists were hiding a cache of hi-tech weapons.

“Girija babu, we don’t know what the future holds. Shall we keep some of the weapons?” the book quotes Baburam Bhattarai as he recalls the turn of events following the peace accord. Bhattarai claims it was Koirala who encouraged Prachanda to hide a cache of weapons. “Hide some of the guns; even we hid some of our weapons,” Koirala reportedly told Prachanda alluding to the aftermath of the Nepali Congress’ armed struggle against the Ranas in the 1950s.

The book says ‘a few’ hi-tech weapons never made it to the verification process, and only Prachanda, Baburam, a few Maoist commanders and Koirala knew about the special arrangement.

“Prachanda wanted to sell the weapons to a foreign spook agency.”

“When integration of Maoist fighters into the Nepali army was about to complete, Prachanda wanted to sell the weapons to a foreign spook agency. But he found it difficult to send the cache across the border,” the book says.

Baburam reportedly told Prachanda that the guns had come at the price of many people’s blood, and they should not be sold. According to the book, Bhattarai also told Prachanda that if the weapons were sold, the deal would become public sooner or later, and Prachanda dropped the whole idea.

After a few weeks, then Prime Minister Bhattarai called army Chief Chhatraman Singh Gurung to Baluwatar, and informed him about the weapons, the book says.

Gurung, according to Bhattarai, retrieved the weapons and brought them to the armory in Chhauni. But before Gurung could reach Nawalparasi and Kailali, Maoist leader Netra Bikram Chand and his men had already ‘stolen’ some of the weapons.